For a while now I’ve heard hear folks rave about an RV kitchen gadget called the Instant Pot. The Instant Pot appliance is an all in one multicooker. It’s mainly a pressure cooker but also can be a rice cooker, steamer, slow cooker and even a yogurt maker. In pressure cooking mode it dramatically speeds up cooking times. Over the years pressure cookers have gained a reputation for being unsafe, but it appears the Instant Pot has worked out the bugs.

The Instant Pot uses modern microprocessor controls and sensors to simplify the pressure cooking experience and keep things safe. I’m impressed with the build quality, especially for the inexpensive cost. I purchased my Instant Pot DUO Mini from Amazon for $69.95 a few months back. I’ve seen it go as low as $49.95 during a pre-Christmas sale. 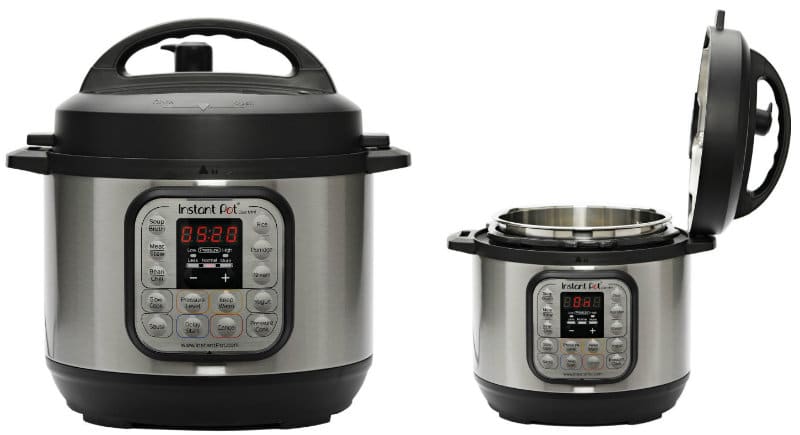 The big draw for me was the compact size and the fact it is several appliances in one. As full-time RVers, kitchen storage space is at a premium. I went with the smallest 3-quarts size versus the larger 6 or 8-quarts models since there is only my wife and me. The 3-quarts model also draws less wattage at 700W versus 1000W for the 6-quarts and 1200W for the 8-quarts. I hoped to use the Instant Pot when boondocking using our solar system and 12-volt RV battery bank to power it.

Trying Out My New Instant Pot

After unboxing and setting up the new Instant Pot DUO Mini I was eager to cook something. I chose one of our favorites, Country Style pork ribs. Normally I have to bake or simmer or slow cook them, which takes time. But with the new Instant Pot, I had them “falling off the bone” ready for the barbeque in 30 minutes!

I’ve decided not to do an in-depth review on the Instant Pot. If you search the web, you find hundreds or check out the Instant Pot DUO Mini page on Amazon which has over 27 thousand reviews and a 4.6 out of 5 stars rating.

What I did do was a few tests using my boondocking power system and my electrical circuit testers to see how much energy the Instant Pot drains from my battery bank. I set up three different tests. Test one records the power drain from my RV batteries during a 5-minute steamer cycle. Test two I did a 30-minute pressure cook and three a 4-hour slow cook.

I was extremely pleased with the results. During the tests, I discovered that the Instant Pot used a little over 60 amps, but that was mainly during its heating and pressurizing stages. After that it went into an intermittent cycling mode, only drawing power as needed. My 1000 watt pure sine wave inverter easily handled the load.

The low amp hour usage means we will be able to enjoy the Instant Pot when camping off the grid on battery power. Our battery bank consists of 4 large golf cart lead-acid batteries with a usable capacity of over 200 amp hours. Cooking with the Instant Pot DUO Mini will only use up a small slice of that which if the sun is out will be quickly recouped by our solar system. In full sun our five 100 watt solar panels can put out 25-30 amps.

Two thumbs up to the Instant Pot. I look forward to trying out recipes. 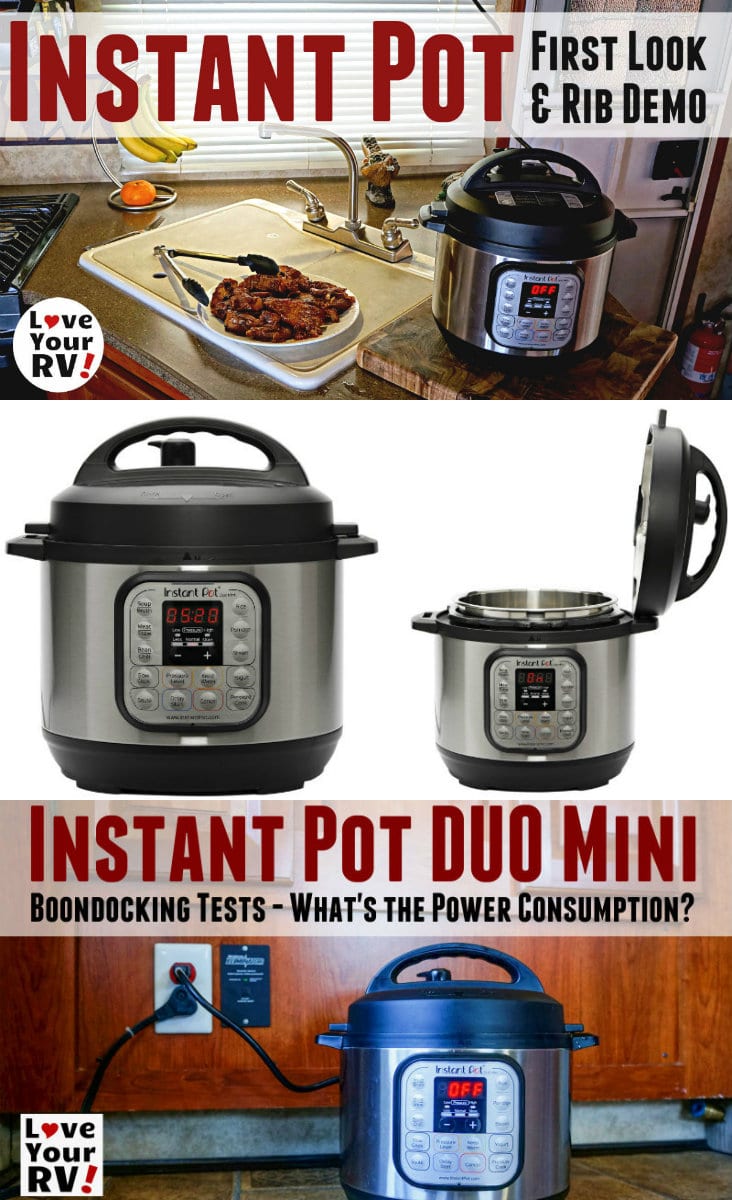