Sometime during the last couple weeks of our winter snowbird travels the Keystone Cougar’s built in black tank flushing system gave up the ghost. I hook up the hose to the sewer flush inlet connection, turn on the water, and nothing happens. Something must be plugged.

I tried a thorough cleaning of the back tank using several different treatment chemicals. I also picked up a through the toilet type flushing wand. No luck, the built in tank flush was still broken. It was time to get a bit dirty and take apart the system and see what the problem was.

My system is called a No Fuss Flush. I was able to find a diagram for it online. After perusing the No Fuss Flush diagram, the fault looked to be one of three things. A clogged plumbing pipe, a defective or plugged check valve or a stopped up flushing nozzle. 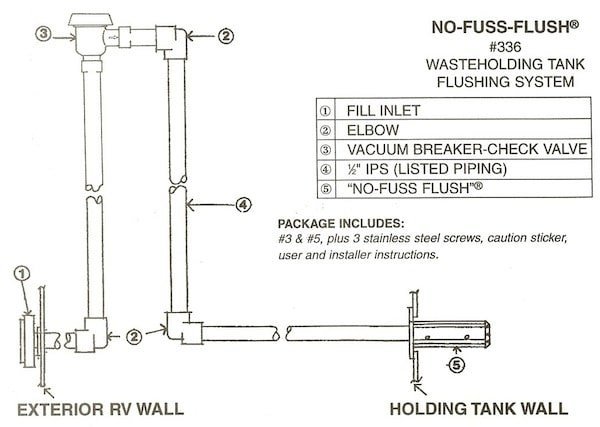 I found the check valve located under our bathroom sink and could see the water was reaching it. Next, I unscrewed the valve and took it to a tap to test it out. Everything appeared to be in working order. The valve mechanics functioned as they should, and it passed water.

So, it seemed the likely culprit was the flusher’s output nozzle mounted inside the tank.  I followed the plumbing pipe into an area of the underbelly on the passenger side of the trailer. After cutting a small access flap into the corrugated plastic, I  finally found the nozzle. It’s mounted on the black waste tank with three screws and a large glob of silicone sealant. 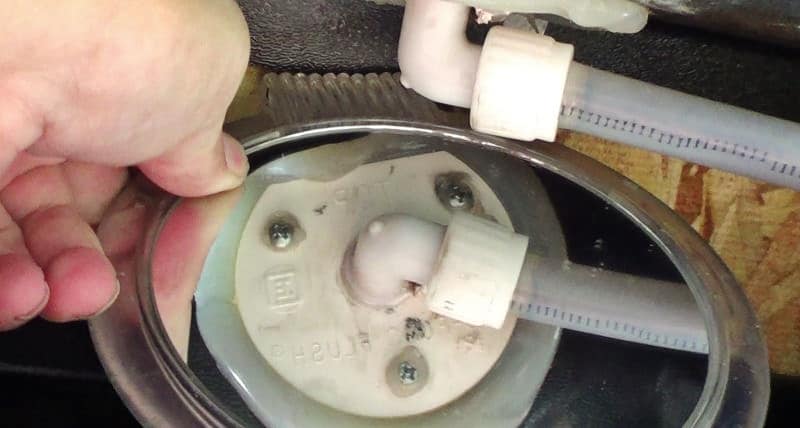 Once I removed the nozzle, the problem was obvious. All the nozzle spray holes were plugged up with hardened dark deposits of who knows what. I let the nozzle soak for a while in some hot soapy water and was able to clean it up. Next, I reamed out each hole with a 1/16 bit to make sure they were entirely clear. 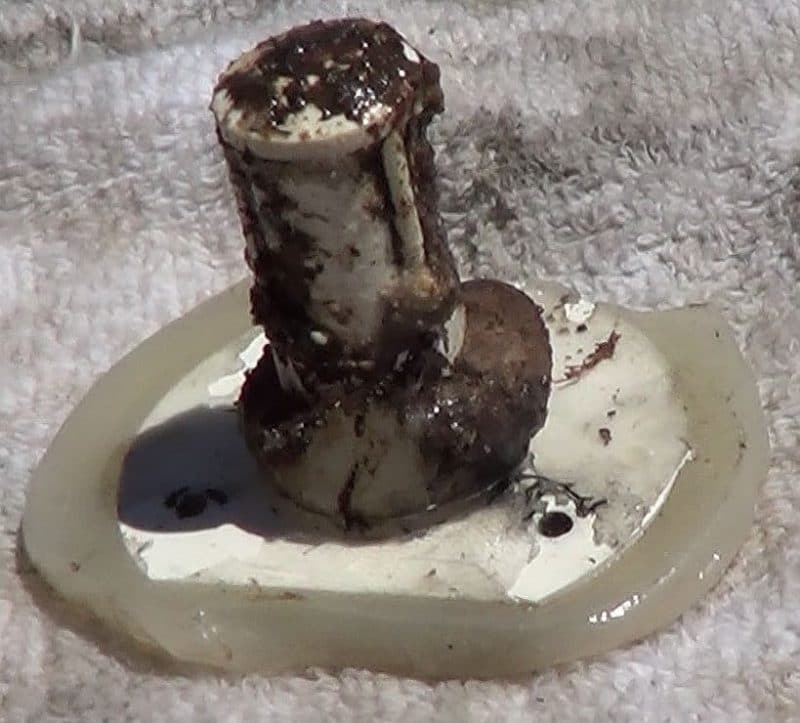 I then removed all the old silicone and reinstalled the nozzle with fresh 3M clear marine grade silicone. Once everything was dry, and the silicone hardened I gave the tank flusher a test. Woohoo! I was back in business. 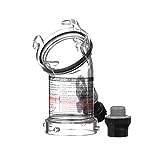 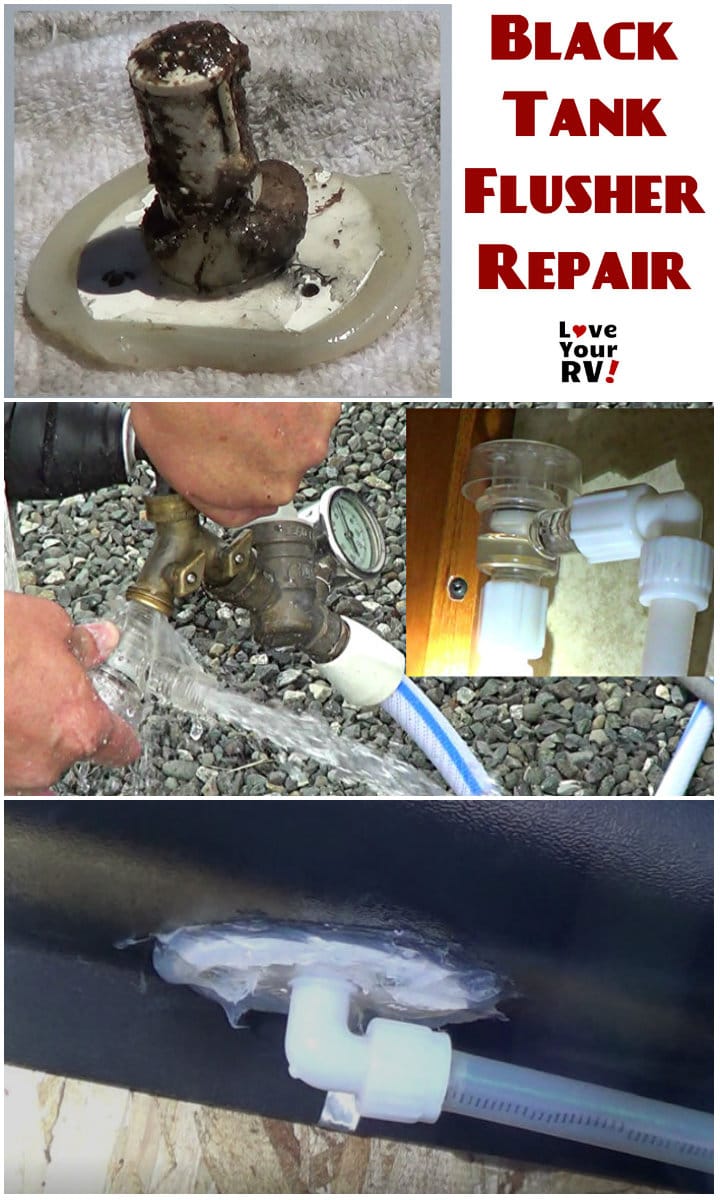