I just received a product sample from a company called GR Innovations LLC and after looking at it I can’t believe it isn’t standard equipment. It’s a plastic cap that fits over the fifth wheel trailers electrical plug for lights and brakes when not in use.

The 7-way receptacle on my pickup truck has a nice spring loaded cover for the electrical contacts but the female plug on the fifth wheel doesn’t. This leaves the bare metal contacts wide open to the elements like moisture, salt air, insects, dirt, etc. These are the contacts in which electric current to the trailer brakes, signal, and running lights flows through. It’s critical to have a solid connection. 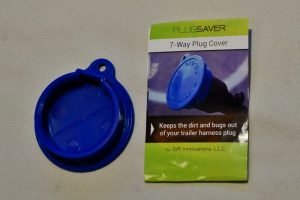 There’ve been multiple times during our routine pre-trip lights and brake check where something wasn’t working and every time it was due to a poor connection in the trailers 7-way plug.

When traveling the west coast we experience a lot of salty air and in the desert regions, fine dust is whipped up by the wind. Both can play havoc with electrical connections. 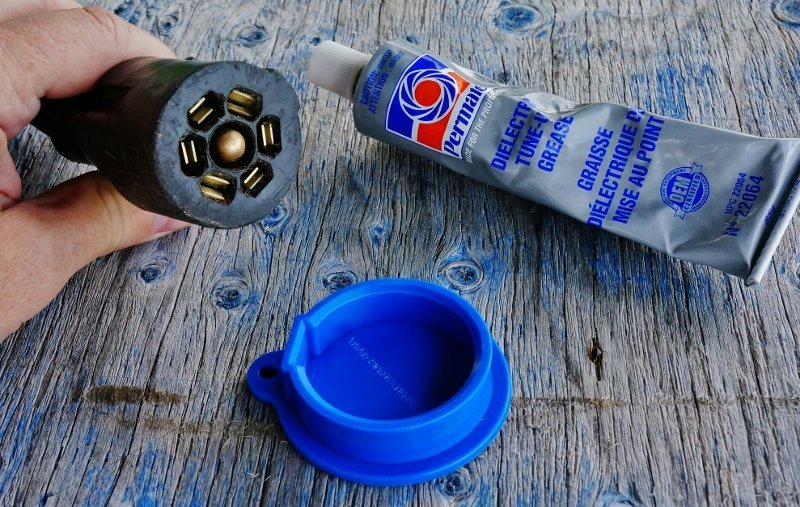 Not too much to say about the Plug Saver, it’s a simple device that helps keep the contacts clean. It’s recommended to apply a little dielectric grease to the inside to keep moisture out. It’s made in the USA out of quality material.

I liked the fact that they added a tab with a hole. It will allow me to tie it onto the cord so I don’t lose it. 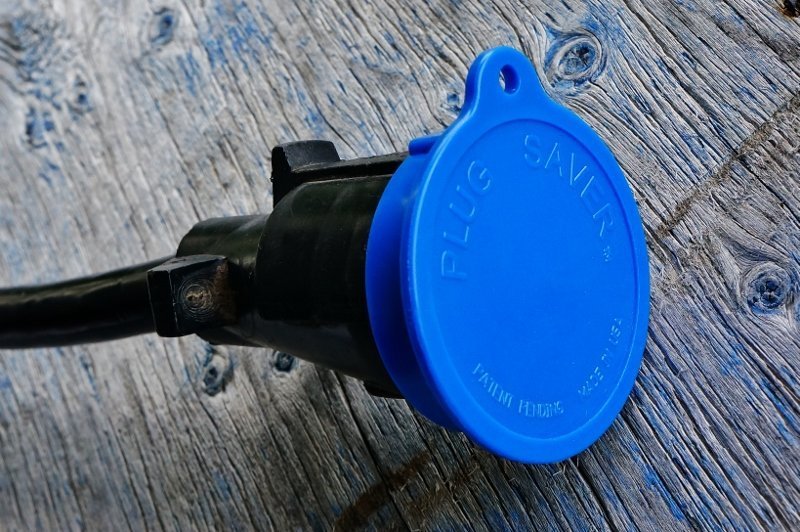 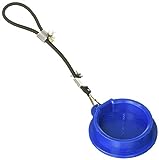 I’ve had the chance to use the Plug Saver for about a year now in different conditions from the rainy salt air of the west coast to the dry dusty southwest desert and it’s a winner. It was particularly handy this snowbird season down in the desert at keeping the blowing dust out of my connection. In the past, this has gummed up my connection on several occasions. This time, the contacts stayed in great shape and trailer brakes and lights suffered no intermittent issues. – Ray

The same little family-owned US company (GR Innovations) recently released a new product to help travel trailer owners organize their chains and tow cables. It’s a simple but very well designed bracket that clamps to the front jack pole with two screws. It comes in nylon or anodized aluminum versions. I’ve received a sample of the anodized aluminum version and give it a thumbs up for quality. 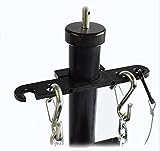