The passenger side landing jack on our Keystone Cougar fifth wheel suffered a major failure last week. I was in the process of jacking the trailer off the truck when I heard and felt a loud clunk. In fact, my wife who was inside setting things up immediately looked out the window and ask “What the heck was that?”. “Not sure” I replied, but I knew something was not right with the jacks.

I decide to retract them again and that’s when I saw the passenger side landing leg was not lifting up!  Luckily I was still hooked to the truck so I set to work removing the faulty landing leg to try and determine the issue. Removing the trailers landing leg was pretty straight forward involving undoing just a few bolts, its foot pad and locking pin assembly. In no time I had the whole leg out. 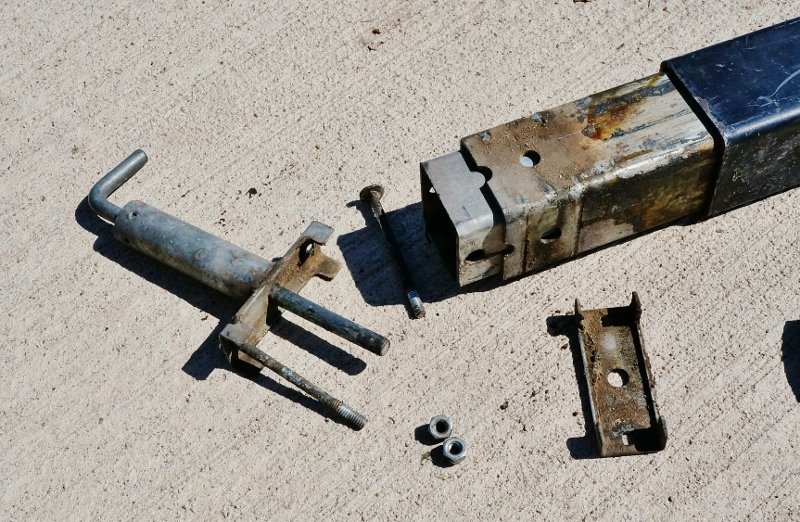 I thought for sure I would find a stripped bevel gear or two on the top part of the leg, but to my surprise, they looked in pretty good shape. The culprit had to be the long worm gear mechanism, but I was having a heck of a time disassembling the leg to get at it. I could not for the life of me figure out how to get the beveled gears out so I could next get the worm gear out. After researching on the internet I found many sites selling beveled gear replacement kits for fifth wheel jacks. But, I couldn’t find any clear instructions on taking the leg apart. I surmised that a small metal pin needed to be punched out to get the ball rolling sort of speak. 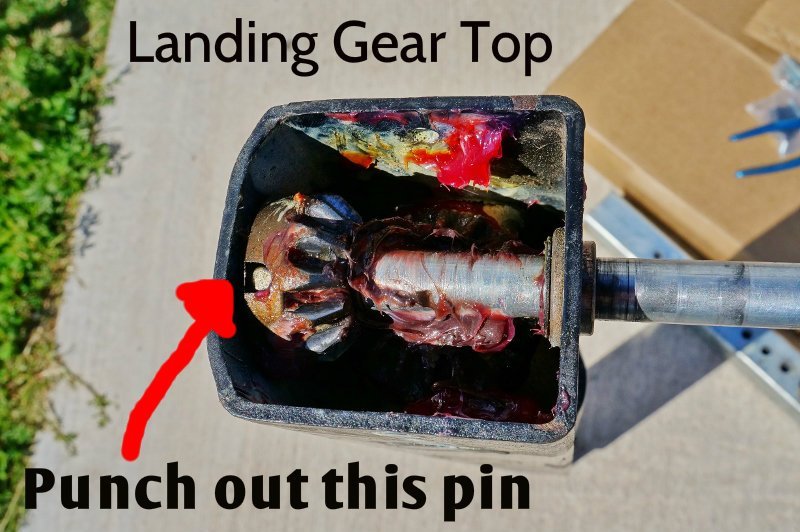 Sure enough, once I punched out the pin on the top beveled gear and another below the larger lower beveled gear, the rest of the mechanism could be easily taken apart exposing the long worm gear. Turned out the worm gear was in fine shape but the collar nut it ran through was hosed. I could feel with my finger that it barely had any threading left and I could easily slide the worm gear in and out of it without even turning it. 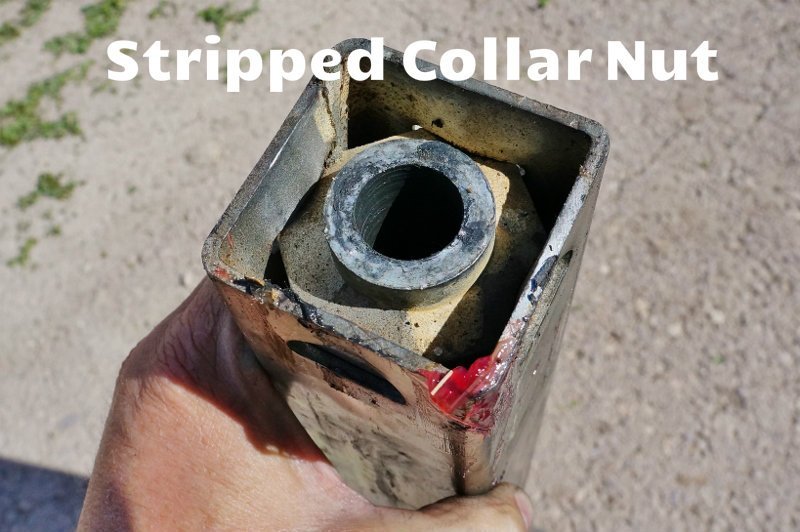 The collar nut also seemed pretty dry with barely any lube on it. My guess is this is what caused it to wear out. Now that I have had the leg completely apart I see exactly where it requires routine lubrication. I was doing that at the top where the beveled gears live but not enough was getting all the way down to the collar nut area. Live and learn I guess, although it would be nice if they had a grease nipple down there for easy lubing. Taking it apart just to lube it is kind of a pain. 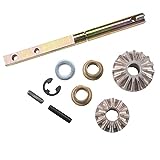 So the real bad news was there is basically no easy way to change that collar nut as it is stamped in place. I decided the best course of action was a whole new leg and while I was at it I may as well change out the other side. Who knows how close it may be to failure as well. I could find absolutely no numbers or markings on the legs. Researching online I found some replacements by a company called Stromberg Carlson. They had a blueprint with all the key measurements and they matched mine exactly. 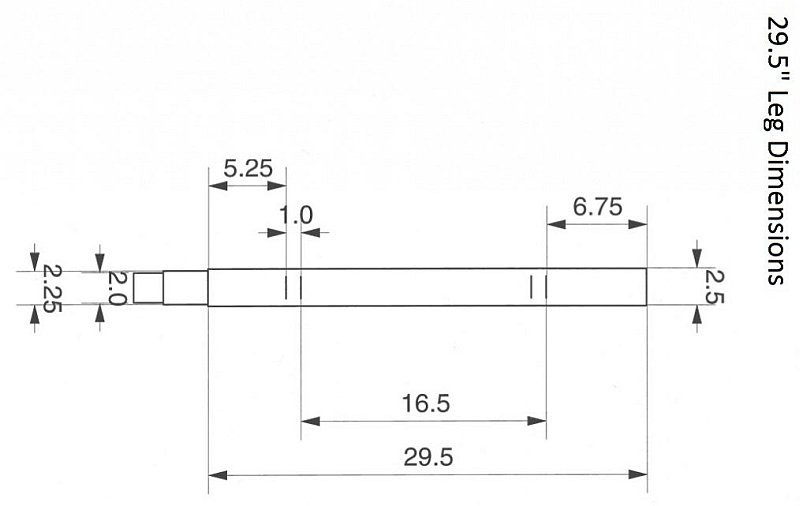 We stopped in at a nice RV park called Maverick Ranch in Lajitas, Texas, leaving the truck hooked up and I ordered up some new legs from Etrailer.com. I had used them in the past and was very pleased with their parts quality and customer service.  They had replacements in stock from Stromberg Carlson priced at $134 each. Not bad. They did offer free shipping but I elected to go for the 3-day shipping for an extra 39 bucks. That actually turned into 5 days because of foul weather for UPS going across Texas, but what can you do, Murphy’s Law, eh? 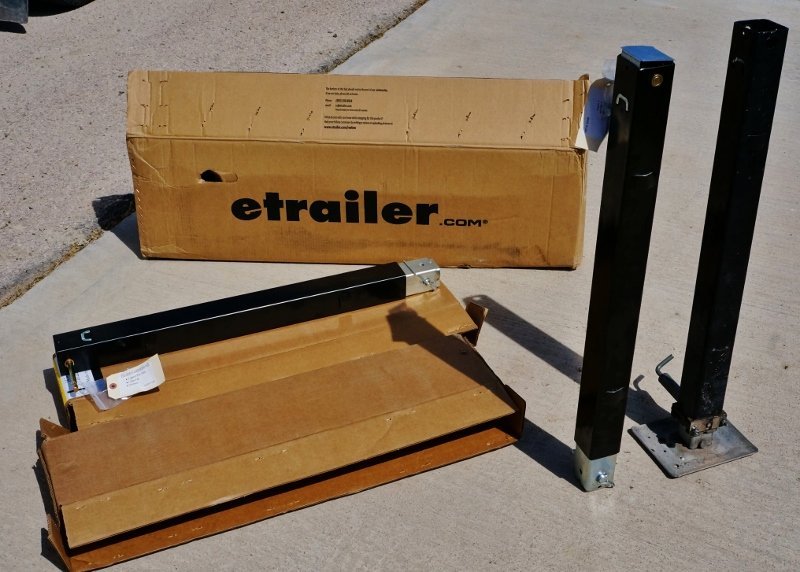 The install was a very smooth process and everything fit perfect. All I needed was an hour of time, a few wrenches and a Philips screw driver. The legs came without the feet and locking pins so I had to transfer the old ones over. No biggie though. We were soon OK to disconnect our Cougar trailer again with our shiny new landing legs. Hopefully, this article and the accompanying video will help out someone who is fixing their similar fifth wheel landing jacks.  If you check out the video, in it I show you all the innards and how they come apart.  I searched the interwebs a fair bit and couldn’t find much instruction on how the heck to get the dang landing leg apart. Turns out it is pretty easy once you know the sequence. 😉 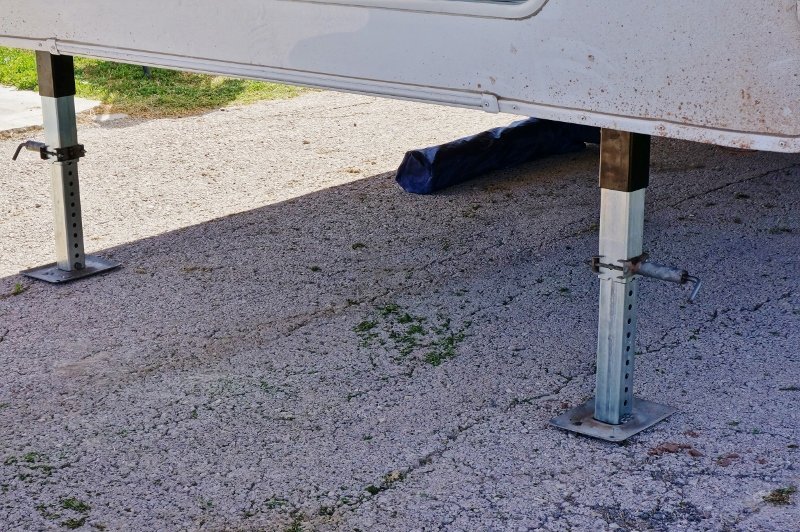 I believe the Stomberg Carlson and Lippert Legs are the same as confirmed on Etrailer here. 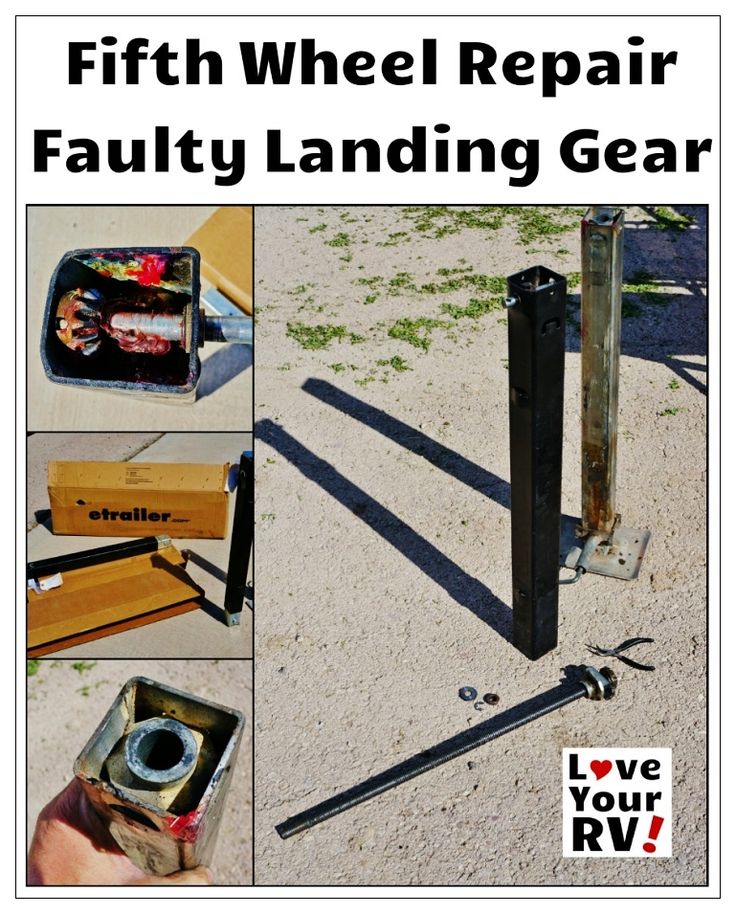