Recently WFCO Electronics contacted me and asked if I’d like to test and review a new product they are releasing. It’s a power converter charger that can auto-detect whether the RV has lead-acid or lithium-type batteries installed. Once it detects which type, it adjusts its charging algorithms for the most efficient charging.

I thought my ten-year-old Keystone Cougar trailer would be a great testbed. The OEM installed a WF-8955 WFCO power center which includes a 55 amp converter charger. A couple of years ago, I upgraded to lithium batteries and quickly found out the old WFCO lead-acid type converter charger was less than stellar at charging them. At best, the average charging current is in the 10-15 amp range. Furthermore, the charging usually stalls when the lithium battery bank is at 53% capacity.

Installation of the new WFCO Auto-Detect converter charger is reasonably straightforward for anyone who knows electrical circuits. WFCO makes both products. It’s just a matter of swapping the wires from one module to the newer version.

Disclaimer: Working with electricity is dangerous. The following installation should be performed by a qualified RV technician or electrician. Doing it yourself could cause you serious injury or death and may void your RV warranty and insurance. This article/video is for entertainment and educational purposes and should not be taken as instructional. I accept no liability. – Ray 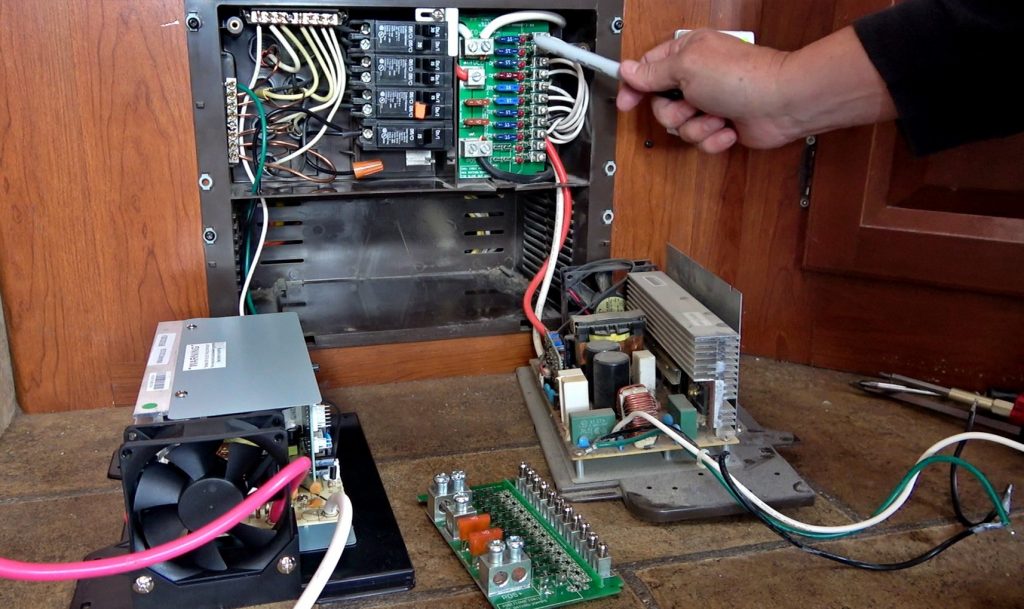 Once the new auto-detect converter is installed and hooked up, it needs to go through one complete charge cycle. Intelligent circuitry determines whether the batteries are lithium or lead acid.

If the battery is lead-acid, it uses a standard 3 phase charging algorithm. However, if it finds lithium, it employs a 2 stage algorithm. 14.6 VDC charging mode dropping to 13.6VDC float when fully charged. 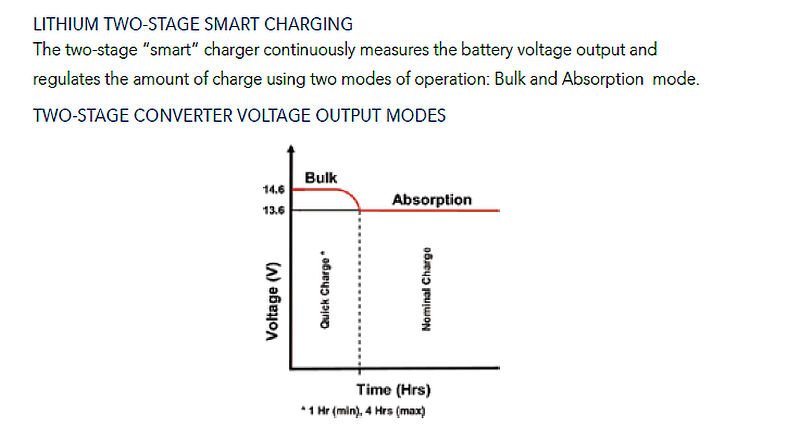 *Fair Disclosure* I received the WFCO WF8955-AD Power Center free of charge as a review sample. 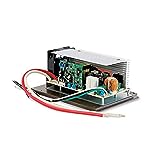 So far, in my early tests using a gas generator for off-grid charging, the WFCO Auto-Detect power converter has worked as advertised. It provides a 14.5 VDC @ 50 amps or more until my lithium batteries are fully charged, then it drops to a 13.6 VDC float. Performance is night and day better than the old unit. I’m pleasantly surprised as it was a straight swap with the old converter.

My only complaint thus far is the fan noise. Since the power center is inside our living area, it can be a little annoying until the batteries reach full charge and it kicks to float mode, and the fan shuts off. I’ll continue to test the product out for the remaining months of our snowbird trip and come back with an update in the spring.

As promised an update on the WFCO Auto-Detect Li/LA converter charger after using it for several months. I’m happy to report that for the most part, it has worked as advertised. It knows that I’m using lithium-type batteries indicated by a blue light on the back of the converter’s stand-up circuit board. I’m not fond of the location of the indicator LED but it’s there if you peer in behind the board.

I find when it starts up it usually charges at about 15-20 amps for the first minute then ramps up to 50-55 amps. It will then hold steady at that amperage until the battery bank is charged up. The only glitch I have found is sometimes if I turn off the converter and then back on again quickly it will stay at the lower 15-20 amps and not ramp up higher.

Often I need to turn off the converter when briefly using the microwave so I don’t overload my 2000W generator. That’s how I noticed the behavior. What I have to do is let the charger sit turned off for 5-10 minutes I guess to let residue voltage lower down and then turn it back on. Then it will usually get back to full charging amps again.

As I said in my initial review the fan noise is quite loud especially when it’s charging a full output. We have a large 420 amp-hours lithium battery bank and its charge level is low it can take several hours to recharge and the fan is on full the whole time. In the living area that can get annoying to listen to. If I was to use the WFCO charger as my main means of charging I would likely have to relocate it to a none living area location.

Finally, I had someone email me and said he had an issue with the auto-detect and his lithium batteries. The WFCO converter would not recognize them as lithium. He said the WFCO support was great and helped sort out the problem. Good to know. 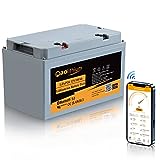 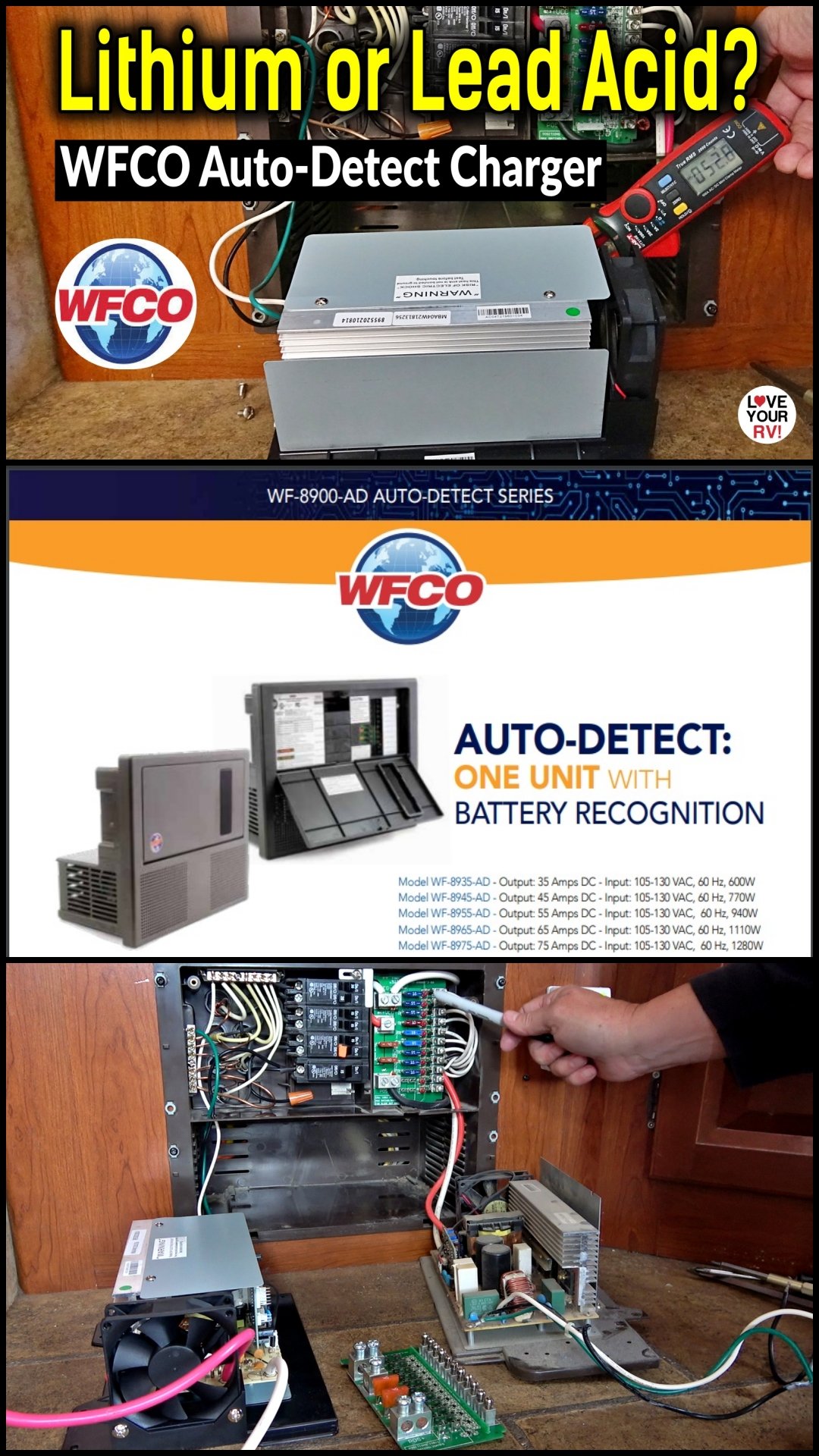