I’ve been documenting our full-time RVing life on this blog for four years now. I try, to be honest in my portrayal of RV life both good and bad. With that in mind, every once in a while publish my goof ups. First, there were 5 Stupid Things I Have Done To Damage My RV then the follow-up Seven Boneheaded RVing Mistakes Made.

Both videos are extremely popular so to finish up 2016 I’m back with three more RVing cranial cramps. Hopefully, all RVers out there can learn from my mistakes and especially newbie RVers, won’t feel too bad when they make an error. I don’t think I’ve met an RVer yet without a story or two of how they’ve screwed up in one way or another.

These are are the only serious scratches and a small dent I’ve made in our fifth wheel trailer since we bought it. Not too bad I guess considering over five years of use and tens of thousands of miles. My big mistake was letting my concentration lapse since we were out in a huge flat open landscape with literally one obstacle in sight. Of course, that’s the one I hit!

I was making a quick U-turn around a road sign to pull into a boondocking area. I wasn’t the first to do this considering all the tire tracks. I thought I had provided adequate space during my tight turn but was wrong. Luckily my wife was watching and shouted stop just before the sign would have smashed through our large slide out window. Whew!

I was backing the rig into a lovely little boondocking spot when my wife the outside spotter yelled out I was going to run over the fire ring. Big deal I thought, it was just a small circle of round stones, the truck tires will easily drive over them. Wrong! Because I was in reverse, the mud flap got trapped against the tire, and it yanked the rear checker plate running board bending it down about 4 inches.

Luckily, Anne shouted “STOP” and I listened this time and never went far enough back to break the running board metal supports. I was able to bend everything back in place. With an extra brace added, the accident is barely noticeable.

3) Two Deep Gouges on the Tailgate

The third cranial cramp happened about a week ago. We are camped in an RV site that’s a little short to have both the truck and trailer, so I backed under the hitch to shorten our length. The only problem is I one day closed the tailgate to access the front storage compartment, and you guessed it forgot to reopen it.

Next time I pulled the truck out, Wham! The slow-motion collision between the tailgate and fifth wheel pin box put two nasty gouges in the top of the tailgate. I almost cried. After mulling over in my mind how to fix the ugly dents I came up with a cunning plan.

I ordered myself a new checker plated tailgate cap which entirely covered my goof up and looks quite snazzy if I do say so myself. 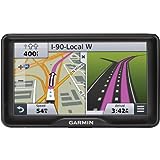 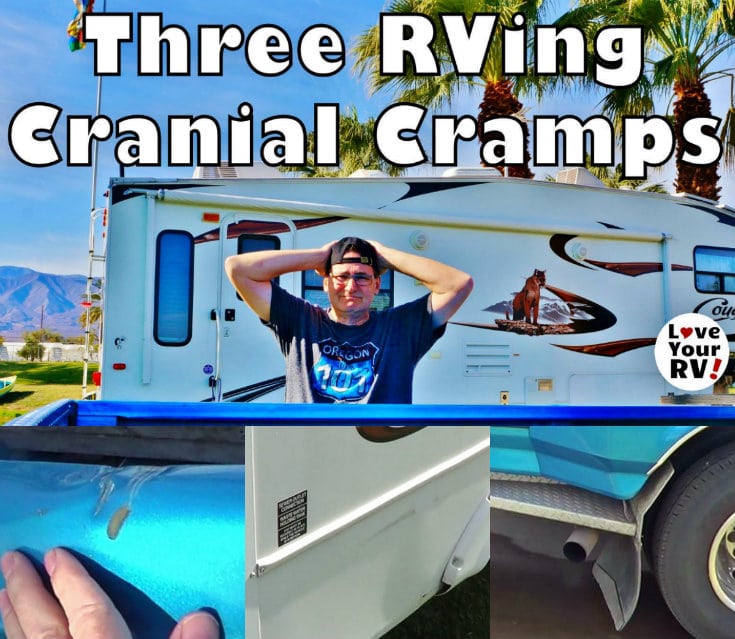