After hearing about Big Bend National Park we wanted to get to it right away, but did you know Texas is very very big! Big Bend is on the the west side of Texas and we came in from the east, so a few stop overs would be needed along the way.

First we headed down to Galveston south of Houston and spent 3 days at Galveston State Park right on the Gulf Coast. We walked on the beach, road our bikes and toured the historic Strand district downtown. We also had a lunch at Joe’s Crab shack, a regional chain of seafood restaurants. Two thumbs up. The inside decor was really interesting, like an old fish cannery or something.

We next drove over near San Antonio and camped a couple of days in what’s called the Texas hill country. The campground was right on Medina Lake but due to the severe drought in Texas there was barely any water in this large lake. Leaving there we headed another couple hundred miles down I10 to a little western town called Fort Stockton where we stocked up on supplies for our couple plan weeks in Big Bend. We stayed at Comanche Land RV park, a gravel parking lot basically but they had full hookups for the RV, free cable and wifi, exactly what we needed.
They also had cool giant arrows in the ground. 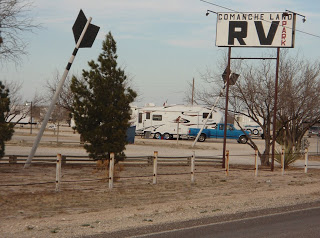 Finally after around 600 miles we entered Big Bend National Park and we weren’t disappointed, everywhere we looked beautiful desert, mountain, rugged vistas, wow! We booked a week inside the park at Rio Grande Village camp area and explored the east side of the park. Many hikes were required to see the coolest landscapes, I think we might actually be burning of some of that southern fried cuisine from the Gulf Coast and New Orleans. 🙂 The neatest thing is walking out in to the desert and just listening, when the wind is down all you hear is nothing, dead silence, so peaceful. 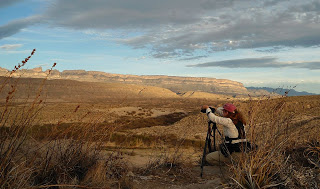 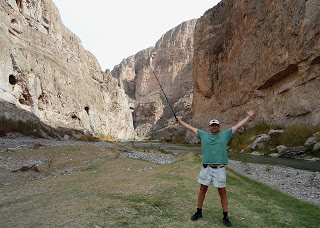 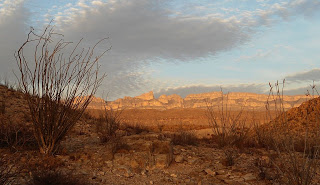 After a week on the east side it was time to move over and explore the west side, the park is so massive it’s almost impossible to see from one side. We picked a little town called Terlingua to be our base. It’s a funky place full of interesting characters and artists living out in the middle of nowhere. The main attraction is an old ghost town where some of the buildings have be converted into people’s homes and shops. Terlingua is also home to a huge chili cook off in November. We have been in town a few days and so far did sunset photography in the ghost town, ate at the Starlight Theatre restaurant and day tripped down to Santa Elena
Canyon. 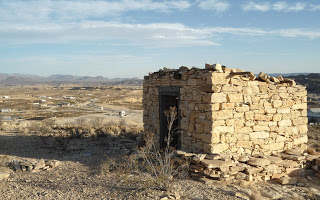 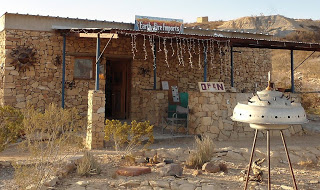 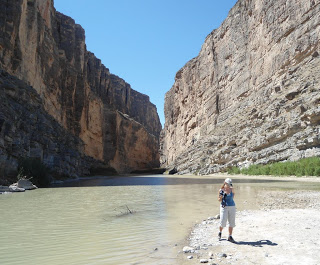