Here is a humorous story one of my RVing friends emailed me detailing a very eventful trip to the sewer dump station. We all have stories of RVing woes and missteps and I’m happy he has given me the go ahead to share his for us to learn from. Likely not too funny at the time, but the way he describes it in hindsight had me laughing out loud.

How do I begin to tell you this? Sunday I was on honey bucket patrol moving my 33 gallons of black tank contents to my RV sewer tote. The fill up went okay. We had done this last week with no problems. However, my wife did not supervise this as she had done the previous week.  Put the jeep in four wheel low and towed my golden treasure across the parking lot at my local Elks Campground. Half way to the dump station I notice my six foot hose had fallen off the tote and was full of California gold and plugged at the end. At least I did the plug thing.

I picked up the hose of course with no gloves and attempted to move the liquid gold back to the tank. However, the hose had filled with water and removed itself from the tank and I had a black gold gusher coming out of my tank!  Looked around and hoped no one saw me. The camp host was gone and all the Sunday morning breakfast folks had already headed to the lodge. At least I would not ruin their Sunday morning breakfast.

I hurriedly got back in to my jeep took it out of four low and hauled tank to the dump station. When got there my tank was empty and just full of toilet paper. I attempted to take my hose off and cut my thumb. Not a good idea with hands covered with golden liquid.  Took the dump station hose and hosed off the tank and sprayed the last remnants into the station.  Took the tote and threw three hundred dollars of broken portable potty into the dumpster.  Poor Garbage Man! 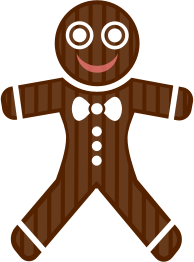 Now I have about 200 feet of gingerbread crumbs to deal with. Fortunately my waste was well composed as we use HAPPY CAMPER digester. The two ply toilet paper from the 99 store resisted this so we had white mulch laid down upon the parking lot. Well, being the assistant grounds keeper here I quickly got the hose from the dump station then diluted the last fifty feet of my golden trail.

I then took my grey water hose and sprayed down the rest of my handy work.  The parking lot smelled to high heaven, much like a horse pasture.  I took a quart of chlorine and hit the worst areas. Then I got my 99 cent store fabric softener from Mexico to freshen the air. I let it dry for a while and went back to the ninety nine cent store to buy lavender scented chlorine.

I returned home and hit the trail with the gallon of chlorine.  About this time the Camp Host returned and asked what happened? I told him that some dumb ass had drained their black tank in the back parking lot. He said who was the guy? I confessed with a braying jackass look on my face. “It was me.” He being the cool dude he is said “$hit Happens”.  I told him I would shovel up the remainder of the solids and put gravel down on the remaining Charmin mulch colonies.

Well fortunately we had a stiff easterly wind and by the next day the smell had dissipated.  So, in closing please tell your readers not to pull a tote across a bump gravelly parking lot.  Pack up you RV once a week and go to the dump station.  $hit happens! 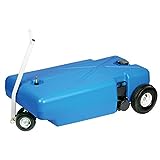 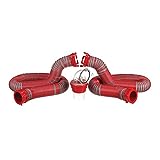 Like to hear about funny RVing screw ups? We’ll check out a few of my own. 🙂

5 Stupid Things I Have Done To Damage My RV