While enjoying our stay at the Thunderbird RV Park in Campbell River this summer I couldn’t help but notice all the small row boats that would gather on the ocean nearby. Almost every day, especially in the evening, dozens of tiny rowboats would row back and forth just off the shore of the long spit of land the RV Park is located on.

Each of the boats contained a person up front rowing and one or two at the rear with a fishing rod doing some angling. I was curious so took I an evening stroll down the Tyee spit to see what it was all about. 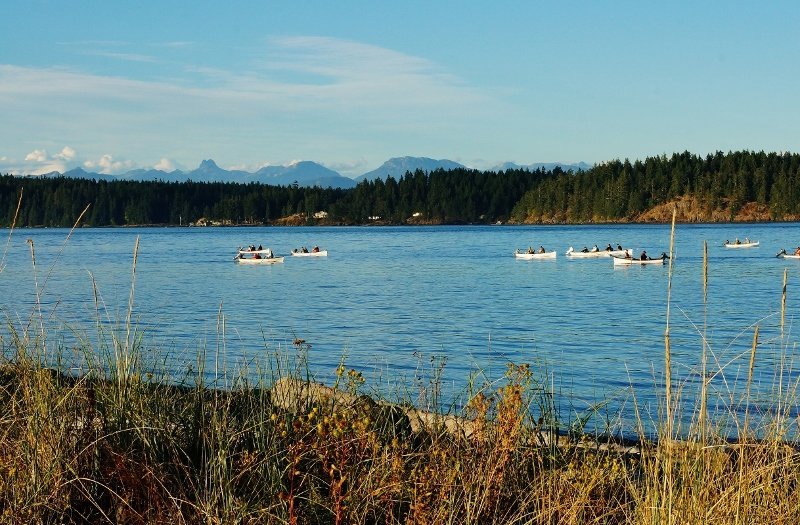 The Tyee Spit is a narrow strip of land that divides the Campbell River estuary and the ocean of the Discovery Passage. Down the spit a ways I found a small fence enclosed cabin and outside a sign labeling it as the “Tyee Club”. 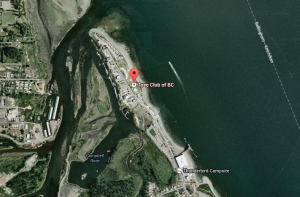 Tyee Club in Campbell River BC

Turns out this rowboat fishing is a traditional summer event and has been going on for 90 years. The general idea of it is you have to land a Tyee salmon weighing 30 pounds or more in a non-powered boat with 20 pound line and a barbless hook. If you are able to accomplish this you are granted membership into the Tyee Club of British Columbia.

The Tyee Club of British Columbia began in 1924 with a group of anglers who returned to Campbell River each year in pursuit of the elusive “Tyee” – a coastal Indian word meaning, “the chief”, a Chinook salmon, 30 pounds or larger. –

Inside the Tyee Club enclosure is a bunch of beach chairs and a warm fire. It’s a perfect spot to watch the action and hope to see someone reel one in. Even if no one catches a fish it is still a pretty awesome spot to relax on a warm summer evening. There is always lots of boat traffic streaming by and a chance to spot wildlife. One night we were treated to a passing pod of Orcas (Killer whales). Bald eagles and other seabirds are plentiful. 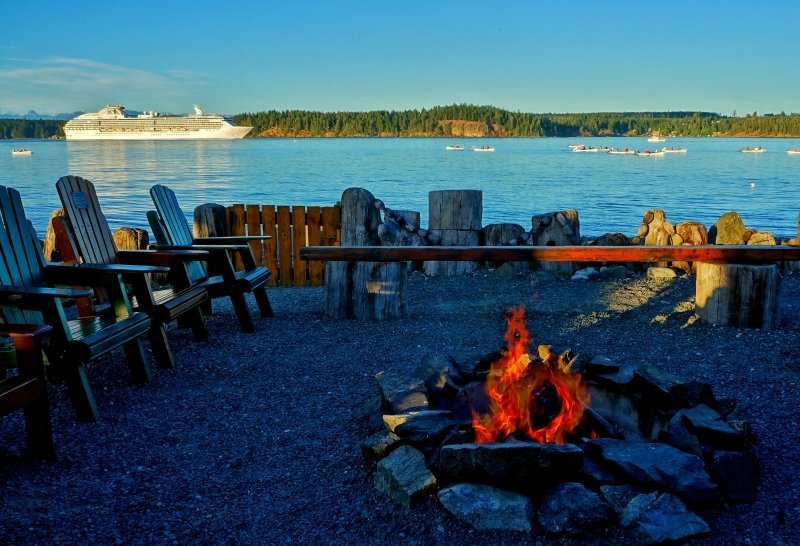 There is usually a nice club volunteer or two acting as hosts and providing information on the history of the club and tidbits on the rules. When someone catches a salmon it is officially weighed and if over 30 pounds a bell is rung one time for each 10 pounds. He said recently a person caught a huge 61 pounder and the bell was rung 6 times! He chuckled while telling me of all the folks that came running to the weigh-in area to have a look after they heard the six bells. He also told me that many celebrities have come to try their luck at catching a big Tyee salmon. Actors like John Wayne, Bob Hope, and Bing Crosby tried and failed. The youngest member is a six-year-old boy.

Video Footage of the Tyee Club and Boats

On a warm, calm summer night it makes for quite an idyllic, peaceful scene. Just past the Tyee Club in Campbell River is a nice park and many folks show up to take a stroll, walk the dog or just have a seat and watch the boats drift by. I heard you can hire a boat and rower and go out and give it a try. I’m not much of a fisherman but next year I just might do that.

Photos from the Tyee Club in Campbell River 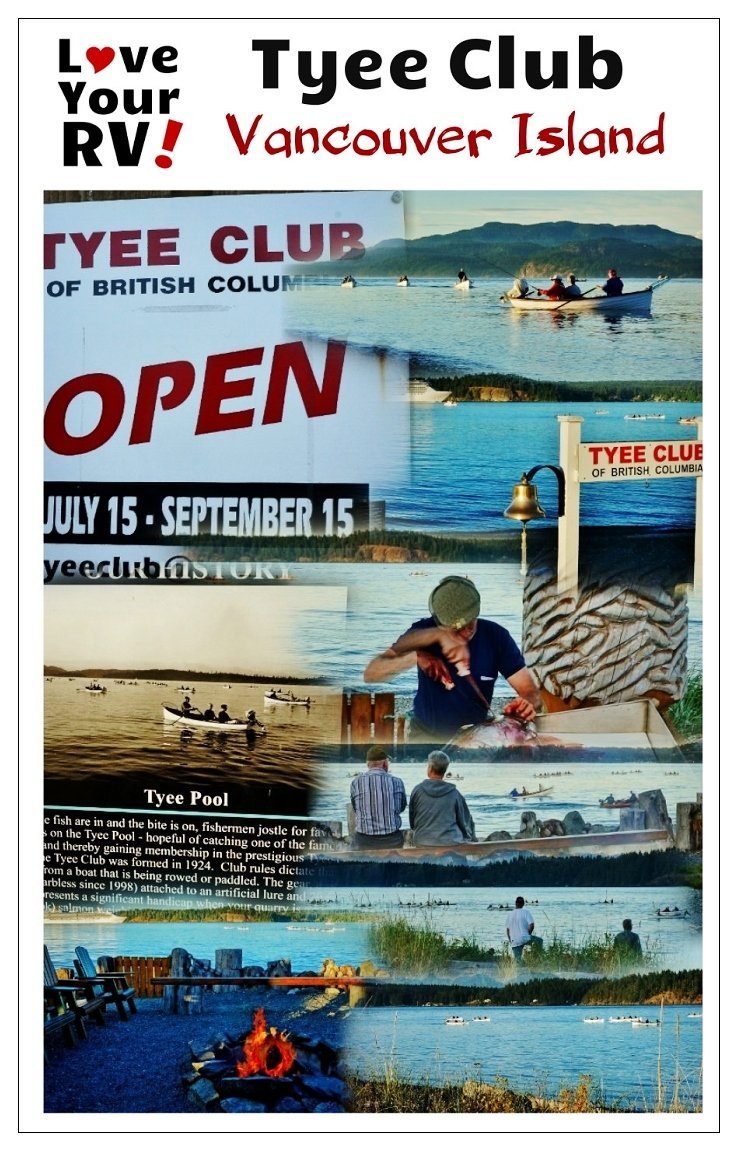