In late September, Anne and I decided to take a little getaway trip over to explore the Sunshine Coast region of British Columbia.  We hadn’t visited since we were kids and wanted to scope out the area for a future RV trip. So we put the Cougar fifth wheel in storage and hit the road with the Ram pickup. Roadtrip!

Below you’ll find video footage of the places we visited along the way. Many of the video clips are from aboord the various ferries we needed to use on our journey. The ferry trips offer stunning views, and I figured RVers would appreciate video from the multiple terminals. Find more information on routes and fares at the official BC Ferries website.

Neck Point Park in Nanaimo, BC

The first stop was to visit Anne’s father in Nanaimo. While there, I grabbed the camcorder and recorded my hike through a gem of a city park called Neck Point. Located near picturesque Hammond Bay, the park offers gorgeous views of the ocean straits, rocky outcroppings, secluded beaches, and forested paths. It was a clear fall day, and I could see across the water to the Sunshine Coast, where we were soon heading.

BC Ferry Sailing aboard the Coastal Inspiration

I give you views from aboard the Coastal Inspiration ferry as it sails from Duke Point Terminal south of Nanaimo BC on Vancouver Island over to Tsawwassen on the BC mainland.

You’ll see footage of both terminals and the Nanaimo waterfront. Along the voyage, I shot video of Entrance Island Lighthouse, various boats/ships, and another Coastal Class BC ferry the Coastal Celebration as it leaves Tsawwassen bound for Swartz Bay north of Victoria, BC on Vancouver Island.

A look around the Horseshoe Bay ferry terminal and village, then some footage while onboard the ferry to Langdale. The video ends with a 360-degree view from the pretty little harbor at Gibson’s landing.

Footage from several beautiful places we discovered while exploring the southern Sunshine Coast. We stop off at Roberts Creek, Porpoise Bay, and Sargeant Bay Provincial Parks plus the beach area at Davis Bay and a marina in Secret Cove. The video ends with views from the ferry trip through gorgeous Jervis Inlet from Earls Cove to Saltery Bay. 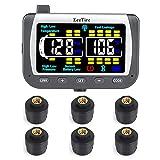 In this final video from our September 2019 tour of the Sunshine Coast in British Columbia, we head up the northern coast from Powell River to Lund. Along the way, I have footage of the “Hulks” floating concrete ship breakwater, Okeover Provincial Park, and the Lund harbor area. The video finishes with early morning views from the ferry as we sail back to Vancouver Island.