My 2011 Keystone Cougar 276RLS went in for routine service last week at Triangle RV in Sidney BC. The work to be done was an axle bearing inspection, clean and grease repack. Also new seals were to be installed and if necessary new bearings. While they were at it I instructed them to clean, adjust and inspect the Dexter trailer brakes.

I got a call detailing the findings. The axle bearings were in good shape and they would go ahead and do the clean and re-lube, but they had discovered a problem with one of the brakes. The overall condition of the brakes was OK with lots of life left in the shoes but one brake assembly had a cracked bushing/shim on it’s magnet actuating arm. Unfortunately it is part of the backing plate so the most cost effective thing to do was replace the whole brake assembly. 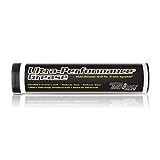 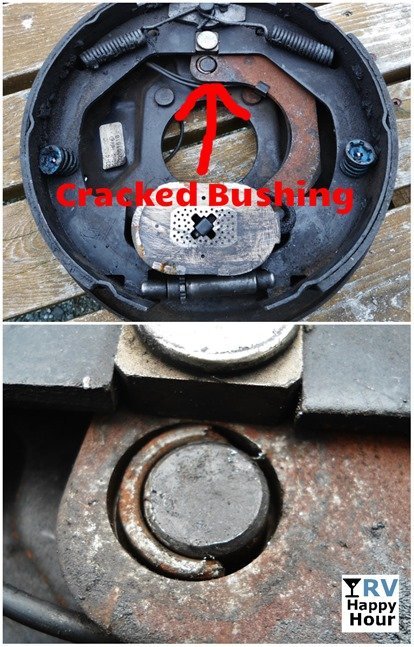 I’m not sure why this component would fail but I will keep an eye on the others whenever inspecting them. Hopefully it is just one of those things and not a design flaw but I thought it was worth while putting up a quick post on this so other RVers with similar Dexter brake units can be aware.

I’m glad I had the pros at Triangle RV inspect the brakes. A failure like this would be very easy to overlook. I doubt I would have picked it out myself. I was very pleased with the price and service at Triangle and would highly recommend them. They kept me informed during the service and let me know exactly what the costs would be and why. Very impressed. They are even dog friendly! Angie was happy to be allowed inside and chow down on some free cookies.