The other morning while breaking camp to head out to the next destination I noticed the electrical on/off switch for my Suburban SW6DE Water Heater was a little stiff and it required a lot of force to turn it off. It is a little rocker switch located inside the external access panel at the bottom left-hand corner. I flipped it on and off a few times and it loosened up so didn’t think much of it.

When we setup at the next RV Park I tested the hot water and it was starting to heat up as normal but later that night my wife said “Hey, did you turn on the hot water?” I checked and sure enough no hot water. We switched over to propane mode and regained hot water for the night. The next day I was ready to tackle the repair. 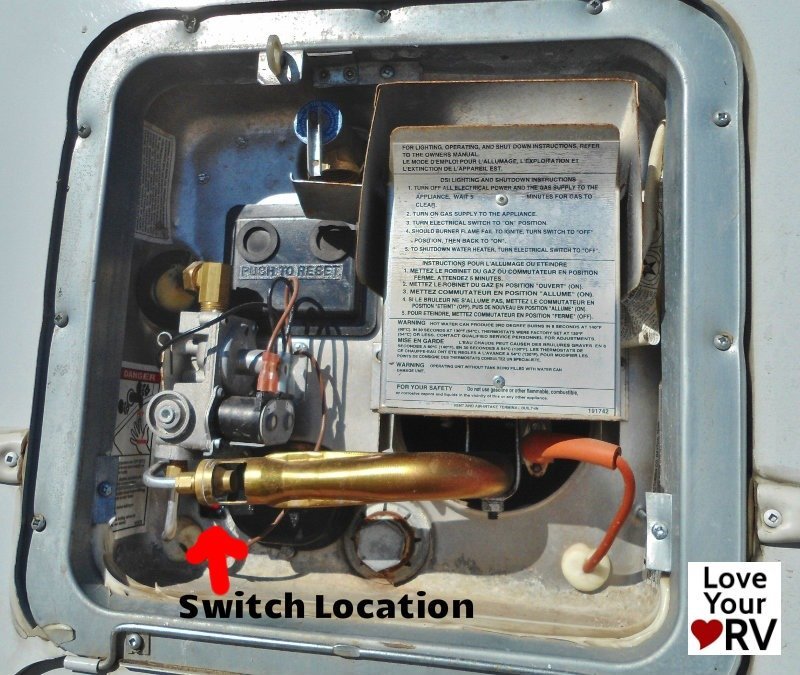 I was pretty convinced the switch must be the culprit and proceeded to remove it from the hot water tank for testing. Turns out it is pretty simple to get the switch out as it is only held in with plastic clips. I just had to be careful not to damage the plastic as I gingerly pried it out with a flat blade screwdriver.

Disclaimer: Working with LP Gas and Electricity is dangerous and should be only performed by a qualified technician. This article is for educational purposes only and should not be taken as instructional

Once out I tested it with my multimeter in OHMs mode and found it was in fact faulty. In the on position there was no continuity unless the switch was wiggled a little and just the right pressure was applied. Bingo! My intermittent problem was solved now I just needed a replacement. I hit up a local hardware store in the town we were in and as luck would have it they had an acceptable replacement one to do the job. It was rated at 125 volts @ 20 Amps, more than adequate for the 10 amp current drawn by the Suburban SW6DE Hot Water Heater element.

Out of curiosity, I broke open the old switch to see exactly what happened. I discovered a plastic pivot piece had melted and caused the issue. Where did the heat come from? I had a close look at the wiring and noticed one of the two connectors showed signs of overheating, it must have come loose and arced heating up the blade connector and then the heat was transferred inside the switch melting the plastic piece inside.

I cleaned up all the connections and installed the new switch. It was a little tricky due to the cramped space behind the LP-Gas piping, etc. but I got it to snap back in place. I ran a bead of silicone around it just to be sure it stayed and to seal around the switch. 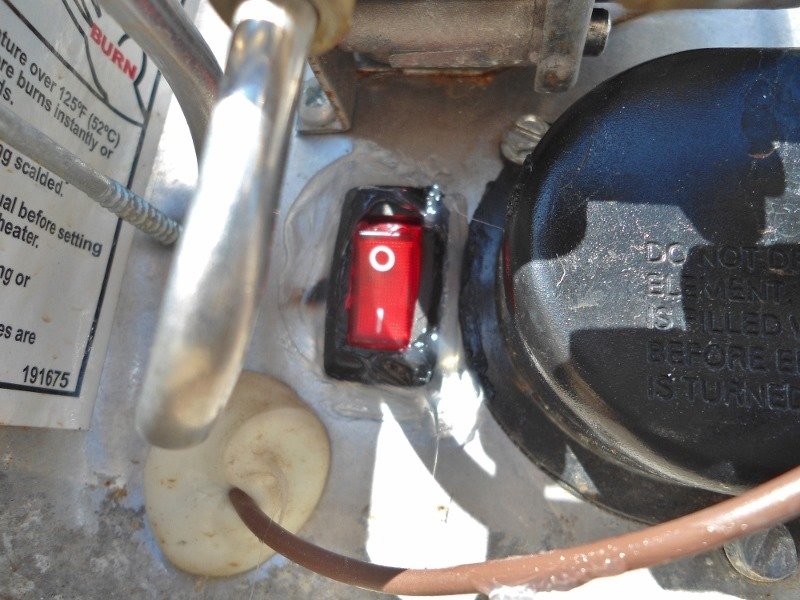 Now to see if it would work. I switched back on the breaker supplying power to the hot water heater and checked out the display on my Progressive Industries Surge Protector. It showed an additional 10 amp load when the hot water heater came on. 20 minutes later the water was warming up nicely and I had saved myself a bit of cash by fixing it myself. Find my video below explaining the repair. 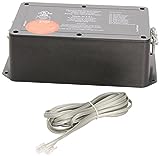