Over the last year or so the ignition lock on our 1994 Ford F350 Truck has slowly begun to act up. Rather than turning smoothly it often sticks and requires a bit of jiggling so we can start the vehicle. Also annoying, many times even though the key is removed the “key left in ignition chime” sounds off. We have to reinsert the key and play around with it to get the chime off.

At first, I thought it must be a worn out key. However, all our keys do it even an almost brand new one. After a little googling I discovered the likely culprit is the lock cylinder. The internal tumblers and mechanical bits are wearing out. If not replaced soon we could end up stranded somewhere.

Thankfully a replacement ignition lock cylinder for our oldie but a goodie Ford truck wasn’t hard to find and relatively inexpensive. After reading my vehicles repair manual, I was pleased to discover extensive disassembly of the steering column wasn’t required. There is a small release pin that when depressed releases the whole cylinder to easily slide right out. The release pin is accessed through a small hole under the steering column using a thin screwdriver. 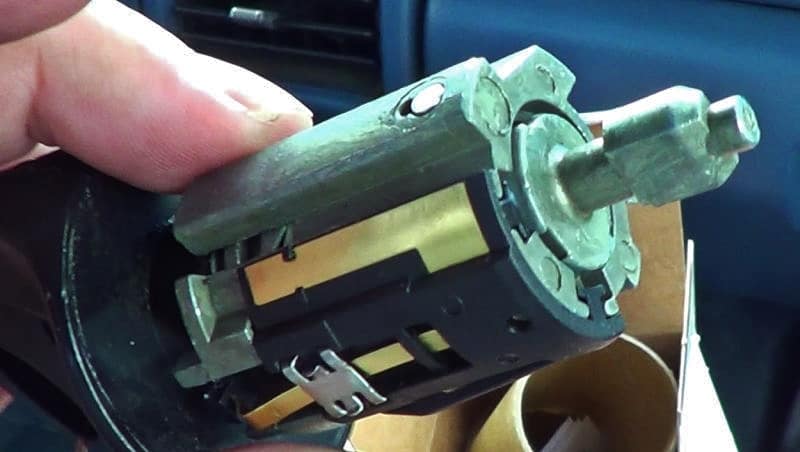 First, you disconnect the truck’s batteries, next place the key in the run position, depress the release pin with a small thin screwdriver, and remove the old lock cylinder. The new lock cylinder comes ready to slide right in. That’s it! The ignition is back operating like new. The only difference is I now have two keys. One to open the doors and another to start the car. There are also kits to swap all the locks out so you can have a single key, but for me, two keys aren’t a big deal. 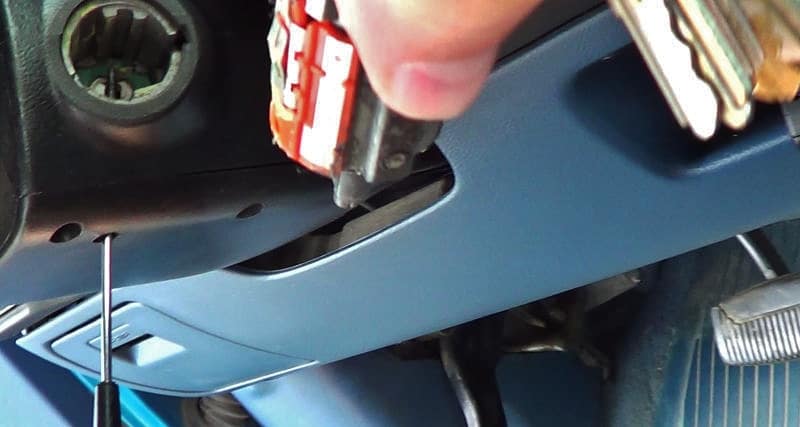 See More of the 2017 RV Summer Repairs and Upgrades 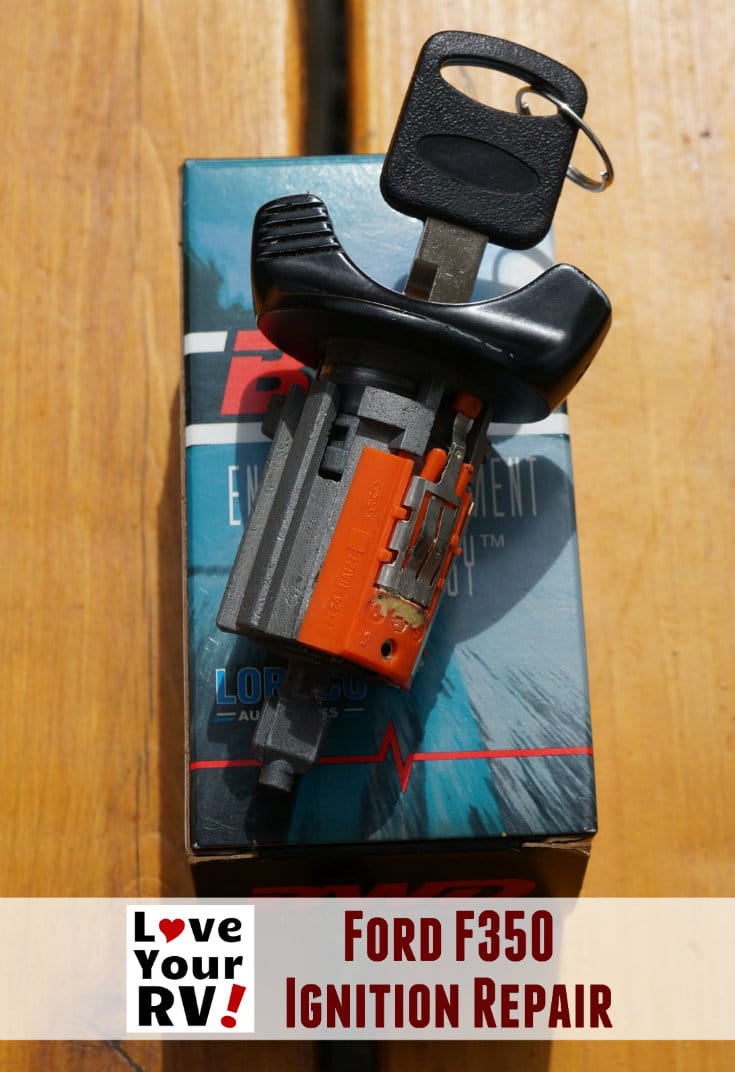