Well we have landed in Florida and welcome it’s balmy weather, beaches and palm trees. So far we have stayed for week long stints in two areas on the east coast of the state. First up was Daytona Beach, home of an incredible 23 mile strip of sandy beach you can drive on, so we did. 🙂 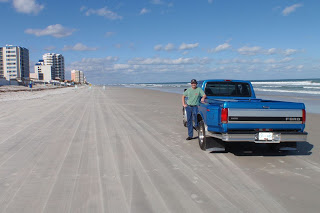 Also we toured the famed Daytona International Speedway, home of the Daytona 500 race. It was really cool to see the place even empty you can imagine what a spectacle it must be to see. There were some practice  cars racing around the track, check out the video I shot.

Next we moved about a hundred miles further south to a town called Titusville on the Space Coast right by the Kennedy Space Center. We took a day to tour all the exhibits which there were tons of. We could have easily spent a week seeing everything that they have on display. Amazing stuff. 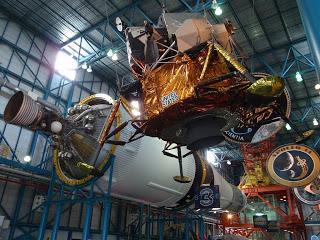 We have been touring a lot of guy stuff lately so lucky for Anne there was a great wildlife refuge close to the space center and we made a couple trips there and she was able to get some awesome wildlife shots, so stay tuned on her blogs for those. 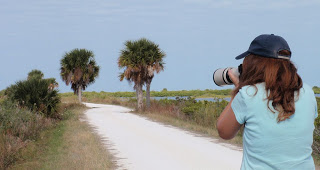 We move down to the Everglades National Park next and then on to the Keys for Xmas.