The gulf coast is the western side of Florida. We have spent the entire month of January slowly moving up it from South to North. First we stayed in Ft. Myers so we could go to the Ding Darling Wildlife Refuge so Anne could get some bird shots. There was also a bunch of beautiful white sandy beaches to explore. The amazing thing about the beaches was the amount of shells they contained. 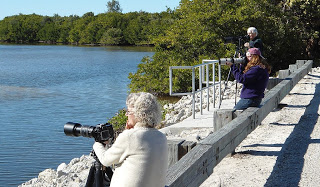 Next stop was a hundred or so miles north to St. Petersburg / Tampa. Here we attended the Tampa RV supershow! Wow what a lot of RVs to see. We went into dozens of new models and felt good that nothing was better for us than what we bought. Another day we visited Fort Desoto State Park. The water was very calm and the view over to the Skyline Bridge was gorgeous. They also have one of the best white sand beaches on the gulf coast. Anne dragged me to the famous Salvador Dali museum to instill some culture into me. The building was really neat but the paintings weren’t that impressive for the $21 admission price. 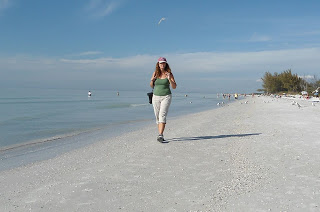 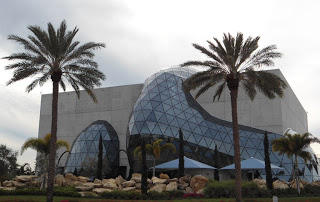 Last week we moved up to the Crystal River area where the manatees head in the winter to hangout because of the warm spring water found here. We booked a snorkel tour and got to swim with the manatees. We even had a baby one play us, very cool!  We also visited the Homosassa Springs Wildlife Park where they had an old hippo named Lou. Anne loves hippos so she was pumped to see Lou 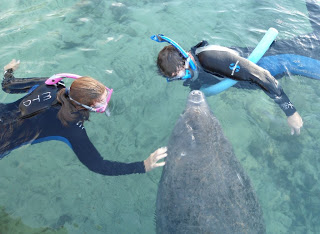 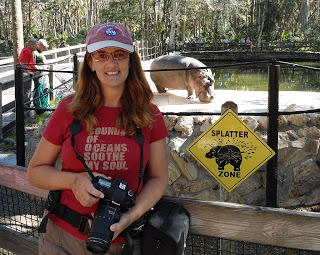 We bought some cruiser type bikes to burn around the campground on and general sightseeing.
Checkout Anne testing hers out.