We ended our time in Utah with a swing down the South East taking in Arches and Canyonlands National Parks then down to a great free boondocking campsite in Goosenecks State Park. We then bid farewell Utah with a drive through Monument Valley. 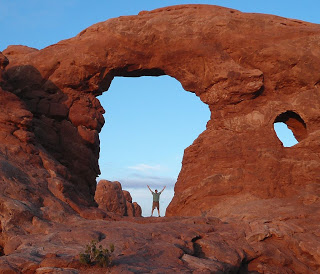 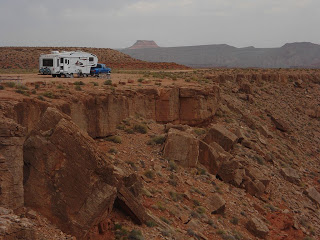 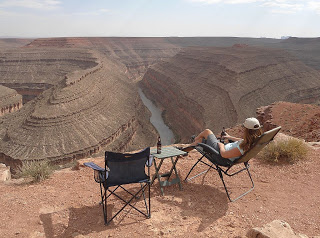 Monument Valley was memorable not only because of the neat landscape but because we were witness to a bunch of old cars zooming by! They were all from Europe and involved in a New York To Alaska Ralley. Anne and I just parked on the side of the famous road and watched all the vintage autos cruise by and wave, it was a fun afternoon.

Since Utah we have been driving everyday to escape the heat!! Ever since we came down from the higher elevation of Utah it has been baking hot. So hot we have had to get up at 4:30 am and drive until its too hot for the truck to lug our trailer up the hills at the same time as blasting the AC which is usually by 10:00 am. One stop at in Needles California just south of Las Vegas it hit over a 100 degrees and the trailer AC couldn’t keep up so we had to head out for milkshakes to cool down.:) After four long hauls we have made it to the California coast near Monteray and Santa Cruz beach and the weather is nice and cool again, yay!

Check out the travel map and see the last big jumps
Share this post with other RVers, thanks!

Shop Through the LYRV Amazon Page