Currently my husband John and I own a 2002 Thor Wanderer 21.5RL fifth wheel trailer and tow it with our 2002 GMC three-quarter-ton truck. We’ve been RVing for over three decades.

With the continued drop in the value of the Canadian dollar compared to the U.S. dollar this year (with further decline predicted), this is a great time for U.S. folks to travel in Canada.

Here are some of our favorite places to visit north of the border:

When we traveled through Nova Scotia several years ago, we car camped. Halifax, the capital of the province was memorable for its grand street market. (By the way, in 2012, Halifax was ranked by Moneysense magazine as the fourth best place to live in Canada.) John loved the Maritime Museum of the Atlantic which featured history and artifacts related to the great Titanic disaster that occurred just off Halifax’s coast.

We took a break from the tent for a few nights to stay in an inexpensive dormitory room at one of Canada’s oldest universities – Dalhousie – founded during British colonial rule in 1818. Included in the twenty dollars a night room cost was breakfast at the cafeteria.

We loved the flexibility that car camping offered for a truly diverse adventure. Needless to say that a few days was not enough time to explore all the museums, galleries, parks and other sites that Halifax has to offer. If you go, leave many days for exploration.

John and I discovered the twenty-year-old RV community several years ago and we fell in love with it. Neighboring a natural wildlife estuary, Surfside RV Resort in Parksville on Vancouver Island, British Columbia, Canada is an oceanfront RV membership resort rated five-star by Woodall’s.

The neighboring commercial area of Parksville is cute, clean and offers everything the RV traveler needs with grocery stores, Laundromat, shops, and restaurants. http://www.surfside.bc.ca/parksville/ 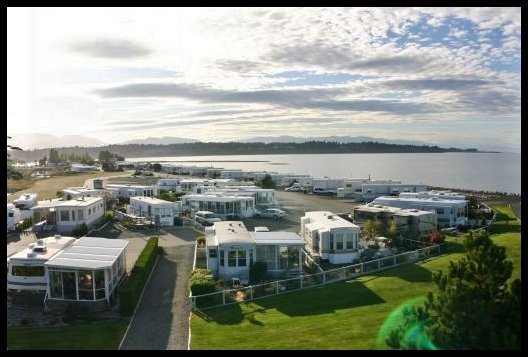 Victoria is the capital city of British Columbia. It is a beautiful city steeped in history and culture. Westbay Marine Village and RV Park
in Esquimalt (adjoining Victoria by a sea walk) is a great place to stay in the Victoria area. It is across the harbor from Victoria and is a spectacular stay in for so many reasons. https://www.westbay.bc.ca 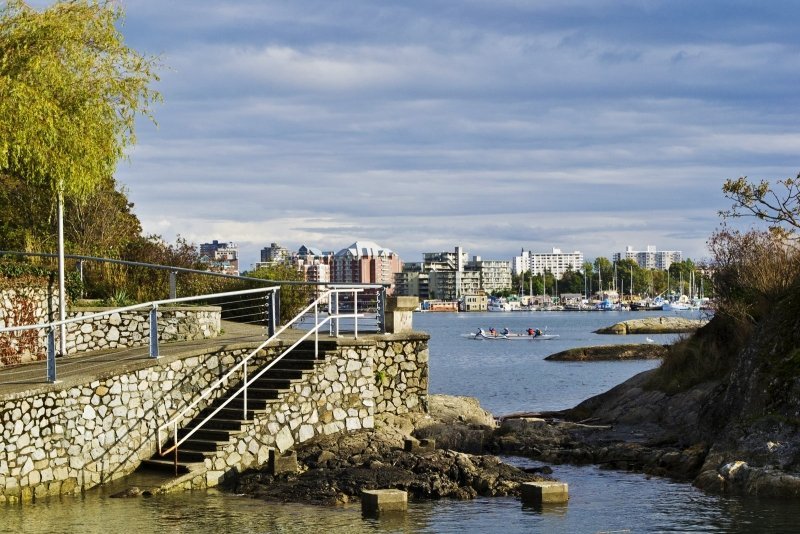 The park is exactly what the name implies. It is an RV park in the midst of a marine village providing moorage for boats and floating homes. For less than forty-five dollars, we had a campsite that overlooked the bay and the Victoria cityscape. We could take a water taxi into Victoria, but we chose to walk into the city along the beautiful three-mile long West Bay Walkway.

All the sites were 30 amp power with sewer hookups and cable TV. They had clean washrooms and showers, a Laundromat, were pet-friendly and you could grab a quick bite to eat at the Princess Mary Restaurant.

I highly recommend this beautiful little marina and RV park when you are in the Victoria area. We loved it thoroughly. You can arrive in downtown Victoria from Port Angeles via the Black Ball Ferry or from Vancouver, B.C. area via the B.C. ferry system.

If you’ve dreamed of exploring Canada, this is definitely the time!

Author Bio – Levonne Gaddy is a contributing writer at RVT.com and has been an RV enthusiast for over three decades.
Share the post