In this video, I install a Hiboost Travel 4G 2.0 OTW Signal Booster Kit onto my fifth-wheel trailer. The kit contains a 50 dB cell amplifier and whip-type trucker antenna plus a small internal antenna.  Over the years I’ve tested out several cell boosters in our RV. A couple of offerings from weBoost and one from American Booster.

Overall performance has been hit in miss. In some locations the booster allowed us to go from a very poor cell connection to a usable one. in other locations, they actually degraded our signal and cell speeds.  But I thought I’d give the HiBoost kit a try and see how it performs in comparison.

In this first of two planned videos, I show you how I install and power the kit in our Keystone Cougar trailer. Also a quick demo on how it works. One interesting feature of the Hiboost system is a Bluetooth app that shows information about boost levels at various cell bands. This allows a person to easily pick the best locations for the external and internal antennas for maximum performance. 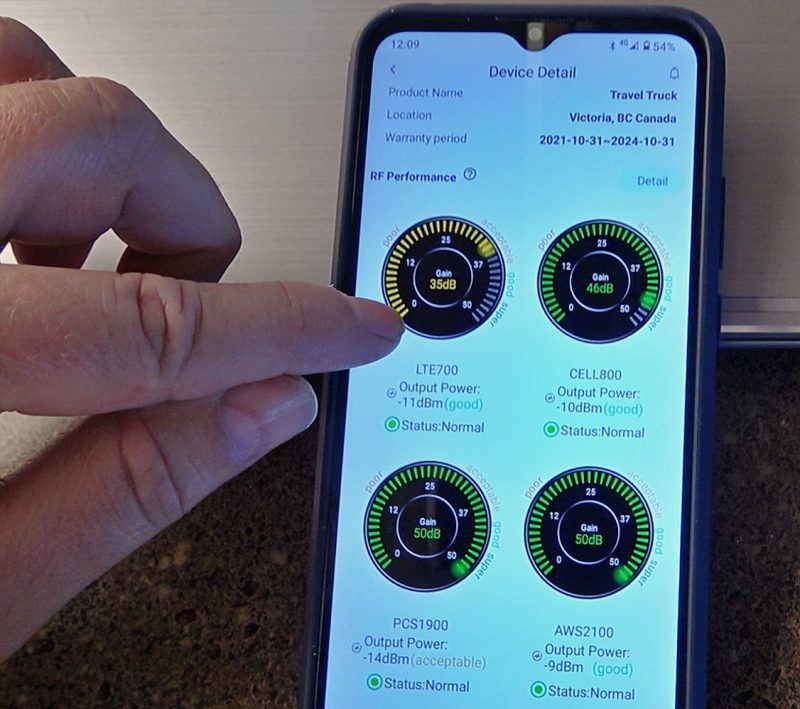 After testing the cell booster out on this year’s RV snowbird travels over the next month or two at various locations, I’ll come back with my review letting you know how it has worked for us. Stay tuned.

Disclaimer: I received the HiBoost Signal Booster kit as a complimentary review sample.

As promised, I have returned with my real-world review of the Hiboost Travel 4G OTW cellular signal booster after using it for the last couple of months. We have traveled in our RV from Canada to the USA southwest stopping to camp at over 16 locations thus far.

Most of the stops had strong cell signal coverage. However, the HiBoost system proved helpful in four weaker signal locations. In each of those four locations, it boosted the data speeds. I saw the most significant increase in upload versus download speeds. Our download speeds were marginally improved, but the upload increase was quite dramatic.

The booster helped with phone voice quality and call stability in one campsite where we had an issue with calls. In one another, we used the HiBoost to stream shows on Amazon Prime Video. Without the booster, we couldn’t get the stream to work at all.

So in my experience, the Hiboost cell amplifier system was a valuable tool in some circumstances but not required in most of our camping sites. Interestingly, if I tried to use it in areas with good cell signals, it often degraded my data speeds. So it’s not something I could leave on all the time. I had to test it out for each situation to see if it was helpful or not.

Overall this product is much like others I’ve reviewed in the past, such as weBoost and American Booster. In my opinion, having used all three, there isn’t much difference between them performance-wise.

The plus side for Hiboost is that the equipment is often on sale for a lower price than its competitors. The hardware quality appears to be as good and comes with a three-year warranty. Also, the Signal Supervisor App is a handy feature for installing the internal and external antenna. But I wouldn’t say I liked that I had to set up an account with HiBoost to make the app work. 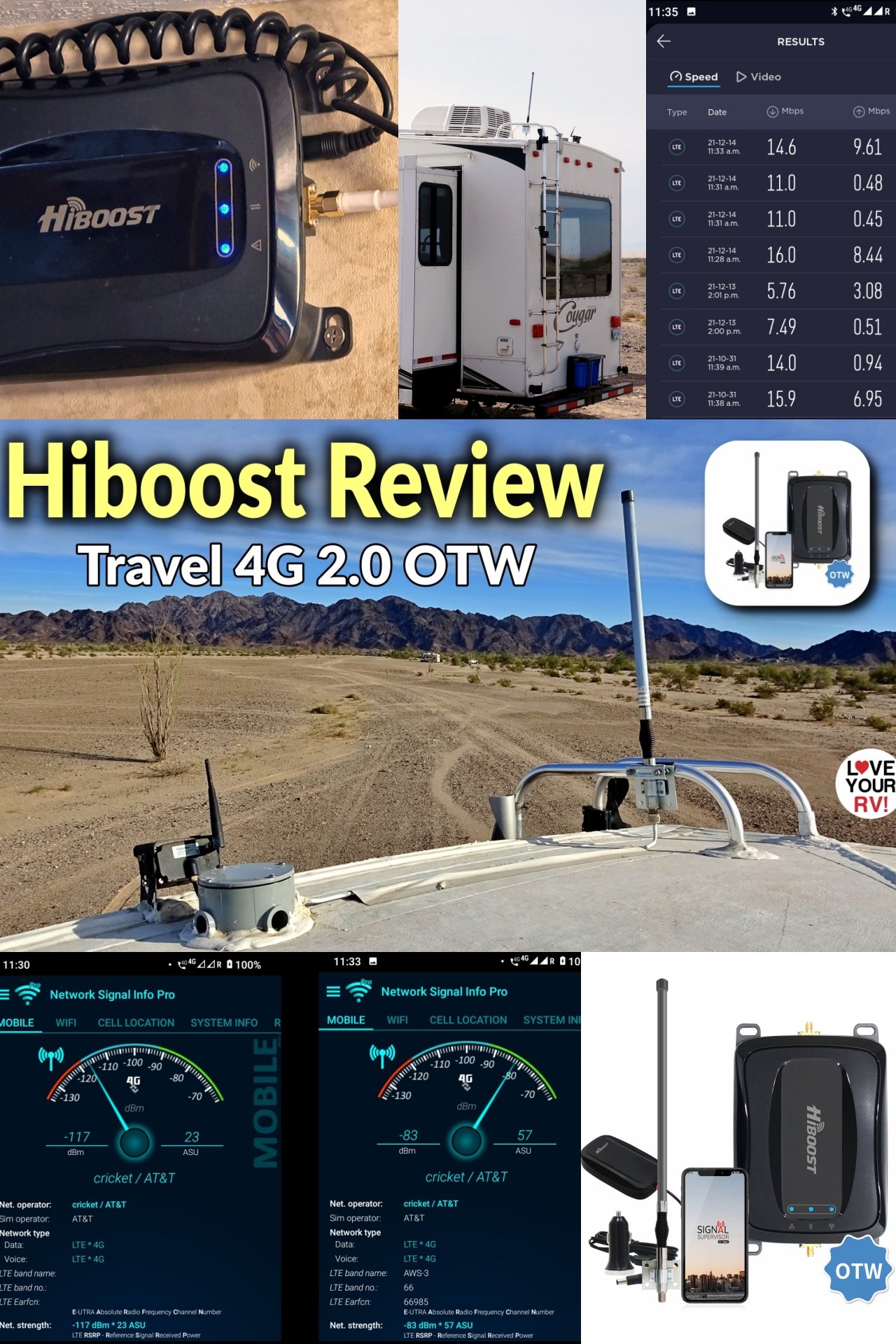