In this video, I give you a quick look at Haloview’s new flagship RV wireless rearview camera kit. Then install it on my Keystone Cougar fifth-wheel trailer. Over the years, I’ve reviewed and actually used many of the Haloview cameras and displays. I’ve always been pleased with the performance.

*Fair Disclosure* I received the Haloview RD7R kit free of charge as a review sample. I’m also a Haloview affiliate making a sales commission on referrals.

The Haloview RD7R Ultimate Range Dominator kit comes with four wireless HD cameras, a large 7″ LCD, plus all the accessories, mounts, and hookups required to install it. Included are right/left side-view cameras, a rearview camera. A 4th camera can be used for RV entrance door security or something else like say a hitch or forward-facing cam. Part of this “range dominator” system is a wireless booster/repeater box that extends the rear camera range/signal strength via a 12-meter cable. 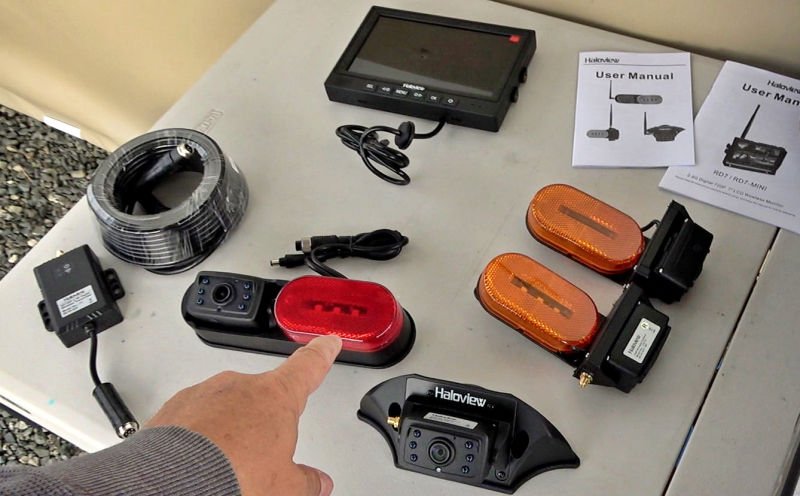 The side and rearview camera mounts come with built-in LED marker lights making installation a snap. They replace the existing RV running lights and utilize the same 12VDC power wiring. The fourth camera is embedded in a stylish plastic case and can be mounted with screws or magnetically by purchasing an optional magnetic disc. 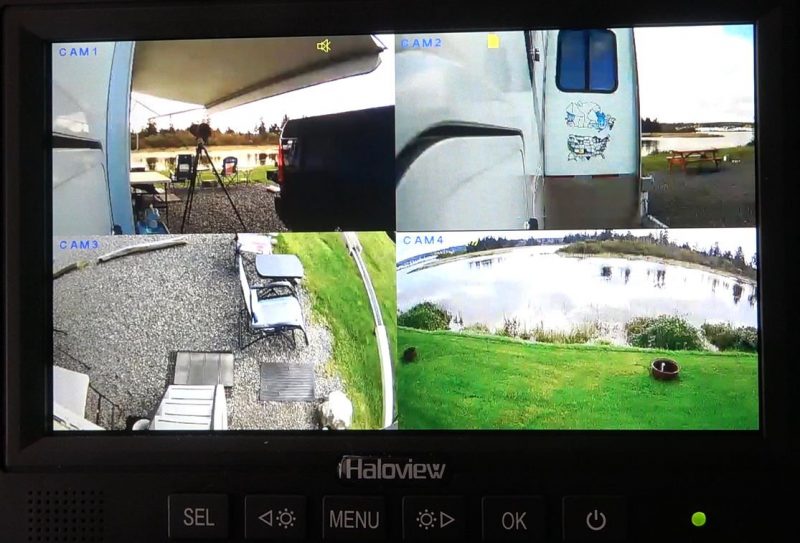 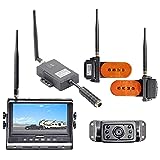 The 7″ display can be powered by the vehicle 12VDC cigarette lighter power socket or hard wired in with a supplied cable. With the hardwired cable, you can trigger different cameras to come on, for example, when turning or backing up. Also included are various vehicle mounting options, including adjustable rearview mirror mounting bands.

The installation of the new Haloview RD7R camera kit went relatively smoothly for me. I had it up and running in a little over an hour or so. I’ve had good performance out of other Haloview products tested and expect the same with this system, but will hold off on my review for now. I’ll wait a bit and use it on a few camping trips and come back with an updated video in around a month.

In this video, I update you on how my new Haloview RD7R 4 camera system has worked out for me. I have some updated information on the open holes in the marker lights and recording multiple camera streams. I also display some recorded footage from a recent RV camping trip. Footage includes in town, highway, and backing into the campsite. And, I show you how the system could be set up for RV security.

Misc Products Mentioned in the Video 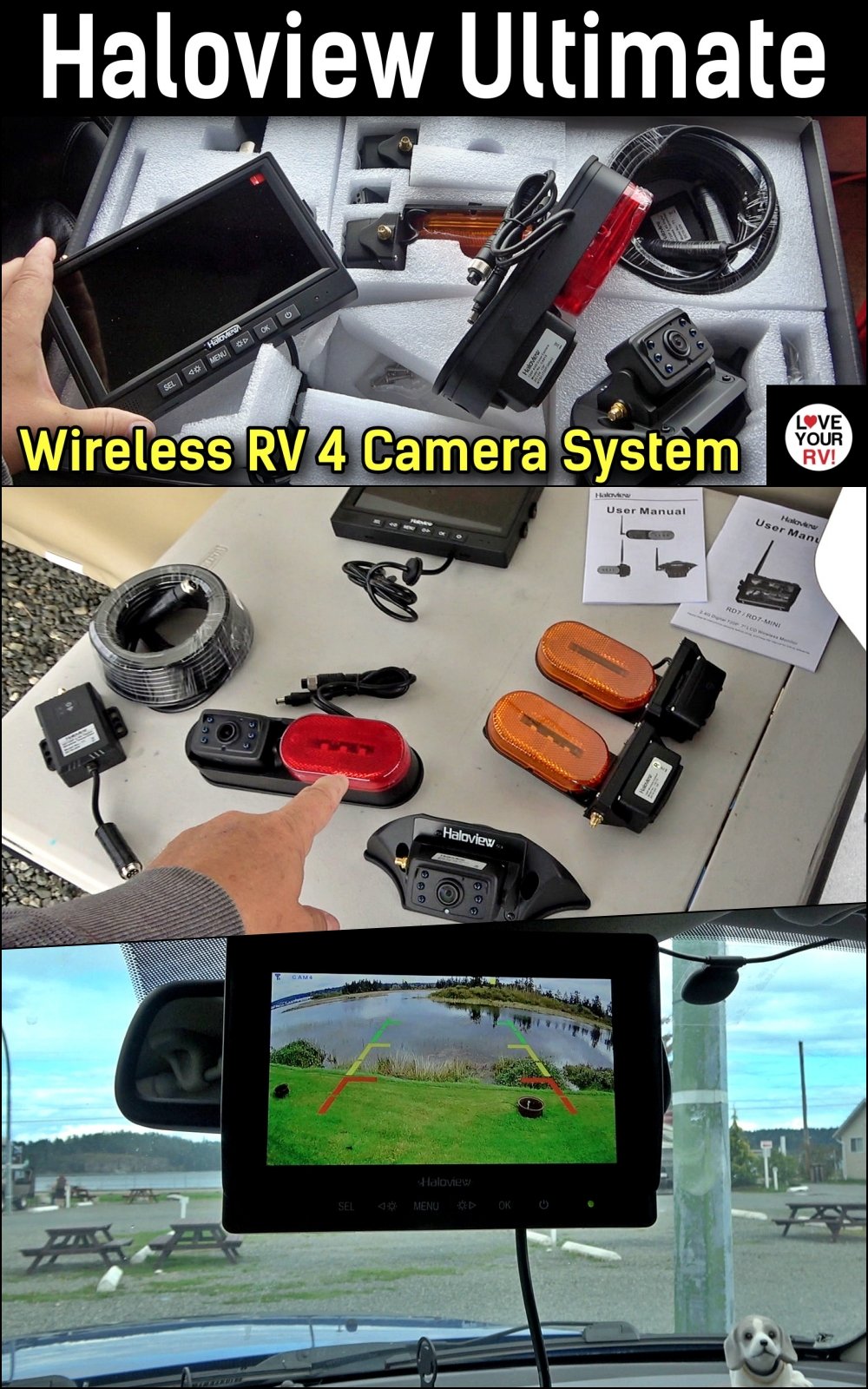