In this video, I install Haloview’s new Sens 3 Wireless Blindspot Radar System onto my 30 foot Keystone Cougar fifth-wheel trailer. I show how I hook up the power to my RV 12VDC system via the rigs running light circuit.

Then, I go through the control module settings and give you a quick demo of it in action on a freeway. Stay tuned in a month or two; after some real-world use and testing, I’ll be back with my product review. 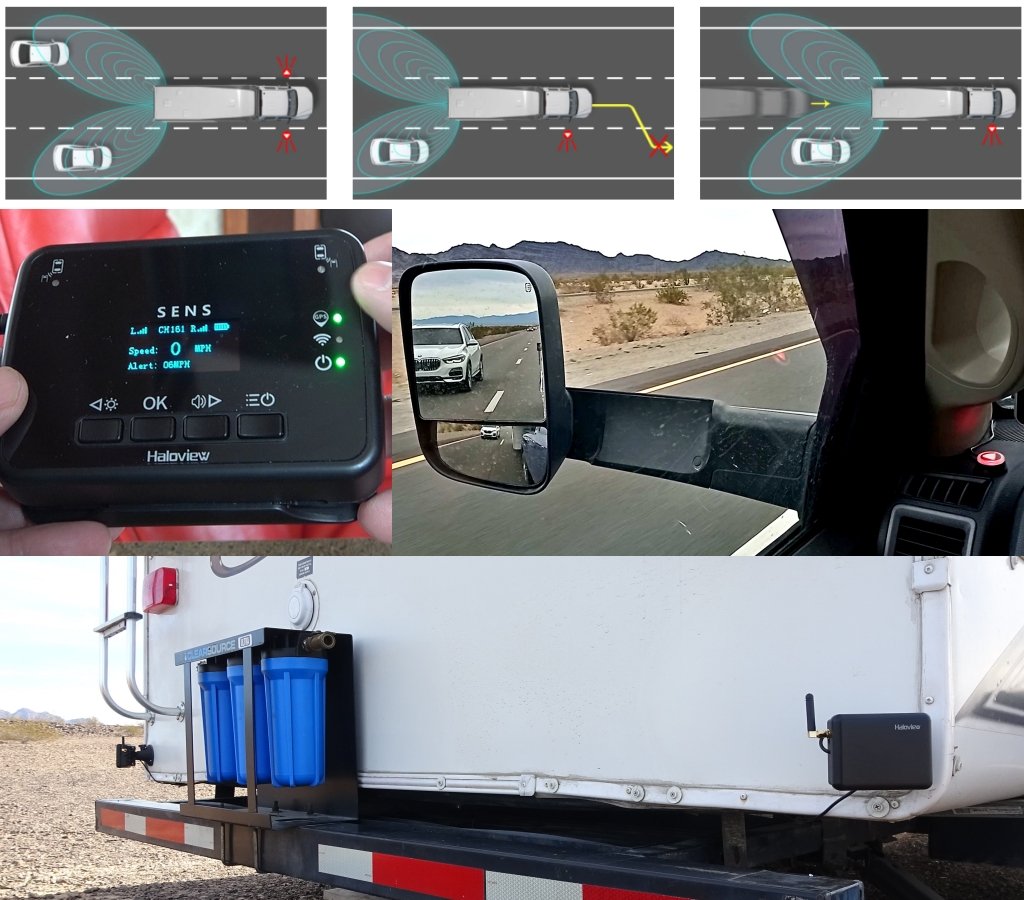 *Fair Disclosure* I received the Haloview Sens 3 kit free of charge as a review sample. I’m also a Haloview affiliate making a sales commission on referrals.

I’m back with my Haloview Sens 3 wireless vehicle blindspot radar system review. I’ve had a chance to use it on our 30-foot fifth-wheel trailer throughout the last few months. We have crisscrossed the USA southwest desert, raking up over 1000 miles of testing.

The Sens 3 radar has functioned as advertised, providing me visual alerts via the LED indicators located on the left and right sides of the dashboard. Out of hundreds and hundreds of passing vehicles, I only noticed that it didn’t sense and alert one or two times.

There were occasional false signals when turning corners and passing by stationary objects. This is to be expected according to the product user manual. I didn’t find it happened often enough to be annoying. The Sens 3 also can learn and optimize itself as you drive, so I imagine its accuracy improves over time. 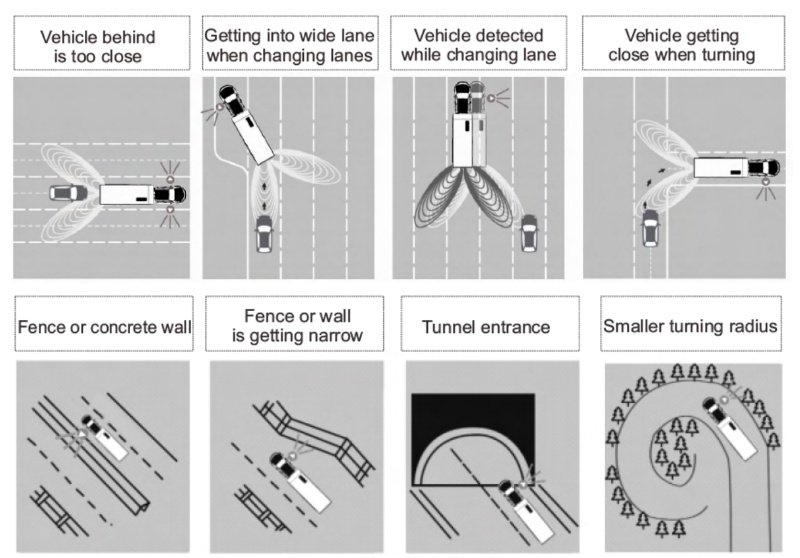 The Sens 3 system control box battery life is excellent. After a recent 7-hour tow session, the box still had 3 of 4 battery life bars displayed. A hardwire power feed can plug into a 12V power socket, but I prefer not to have the extra wire on the dash. Instead, I recharge between uses. So, long battery life is a must, and this unit passes the test.

As far as the wireless operation goes, I encountered no problems using it on my 45-foot rig. The signal between the radar sensors at the back of the trailer and the control box sitting on the dashboard was solid.

Overall I found the Halo Sens 3 system works well. It’s easy to install with quality-built hardware. The blindspot radar has been a welcome addition to my towing experience providing extra safety on the road.

I honestly don’t feel it’s a must-have for my particular rig, more of a nice-to-have item. I don’t have any blindspot gaps. My Ram pickups extra large mirrors, along with a Haloview rearview camera, do an excellent job already. But to know a vehicle was approaching or beside me without even looking in the mirrors was handy. 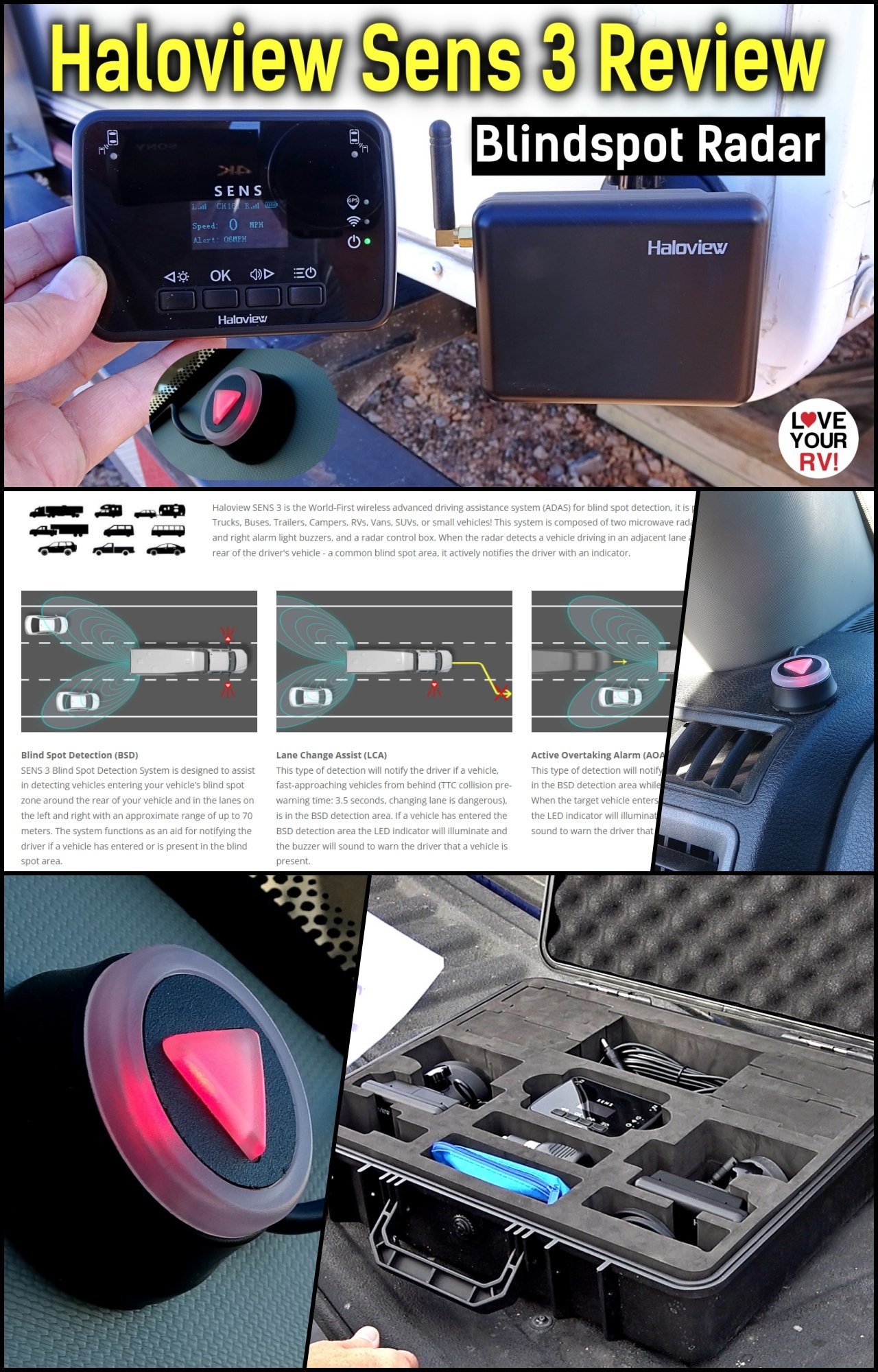