In this video, I update you on how it’s going with the new Lion Energy UT 1300 batteries now that I have been doing some real-world tests boondocking in the southwest.

I’ve been able to charge the batteries perfectly well with my existing Bogart solar controller and my Intelipower PD9260 converter charger by using its manual charge wizard button. The OEM WFCO 8955 converter charger doesn’t do a great job, charges slowly, and sometimes stalls at random starts of charge.

Overall it’s a thumbs up for performance. They have been working as expected.

Things I really like vs the old lead-acid batteries: 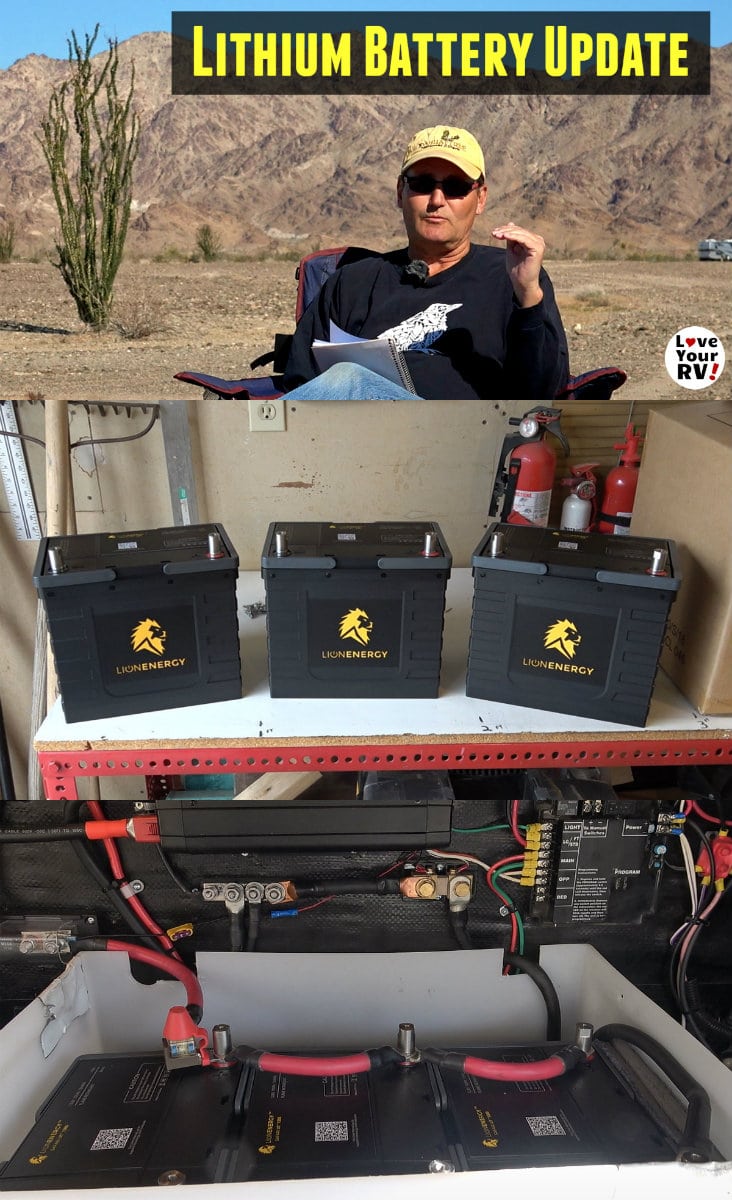