This is an update to my broken fifth wheel landing jacks gear box post last spring. When the gear box broke I didn’t have access to a quick parts source so I  did a temp repair of the gear box. Turns out is was a pretty good temp repair because 6 months or so later it’s still working fine. But rather than tempt fate I ordered myself a brand new landing jack gear box.

The gearbox acts as a simple 3:1 ratio transmission. For every 3 turns of the power landing jacks electric motor, the gearbox turns the output shaft once. This allows a relatively small motor to power the heavy lifting.

I couldn’t find any markings indicating the make and model of the landing gear but through trial and error comparing pictures online I narrowed it down to an Atwood product and the gearbox part number to 70754.

I was going to buy this replacement part I found on Etrailer.com, but noticed they had a different part made by Stromberg Carlson that was almost exactly the same. The big difference for me was the Stromberg part was made from aluminum and the Atwood is plastic. Since that didn’t serve me very well already I decided to order the Stromberg Carlson – http://www.etrailer.com/p-LG-179015.html. As it turns out though the part had a slight difference. The crescent-shaped opening for the landing leg gear shaft was slightly smaller, making it impossible to attach to the landing leg drive shaft. I got around this by swapping out the main gear from my original gearbox into the new one and made it work. See the details in the video at the end of this post.

There are two bolts holding the landing leg electric drive motor onto the gear box. On my Keystone Cougar fifth wheel, the bolts needed a 3/8th socket or flat headed screwdriver to remove. The top back bolt was in a tough spot so using a 3/8th socket and a small extension was the best bet. After the bolts were removed the motor comes loose and can be moved out of  the way. 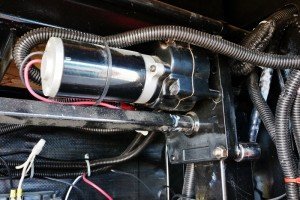 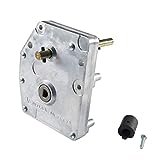 Next step is to undo the cross shaft. This is a square shaft that transfers the torque and rotation from the driver side landing leg over to the passenger side landing leg. It is held in place by a 3/16th Allen key socket and a regular nut on the other side. After removing those, the shaft simply slides back and can be placed out of the way.

There is a small plastic collar holding the gearbox in place. A single Philips screw needs to be removed and it slides off the shaft. 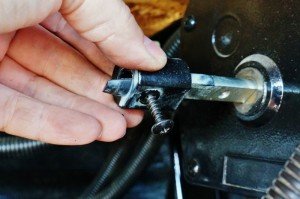 Now the whole gear box should slide off, but on mine it jammed and wouldn’t slide all the way. I found a small metal burr that I had to file off to get the motor all the way off the drive shaft.

This is done by simply reversing uninstall steps. Before I installed it though I took the opportunity to add some wheel bearing grease into the top of the landing leg. There is some beveled gearing there that needs to be lubricated once in a while to prevent wear to the gears. Check my video for a visual of them.

That’s it. It turned out to be a pretty easy job. It looks kinda intimidating at the start because of the cramped quarters and all the electrical wiring up there, but it was actually very straightforward task, especially if you get a hold of the right part. 😉 The tools required were a 3/16th Allen key, 3/8th socket and small extension, crescent wrench and a Philips screwdriver. Also some zip ties to neaten up the wiring when done. 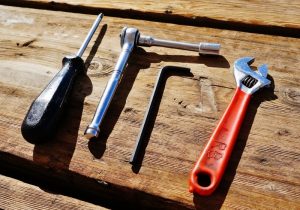 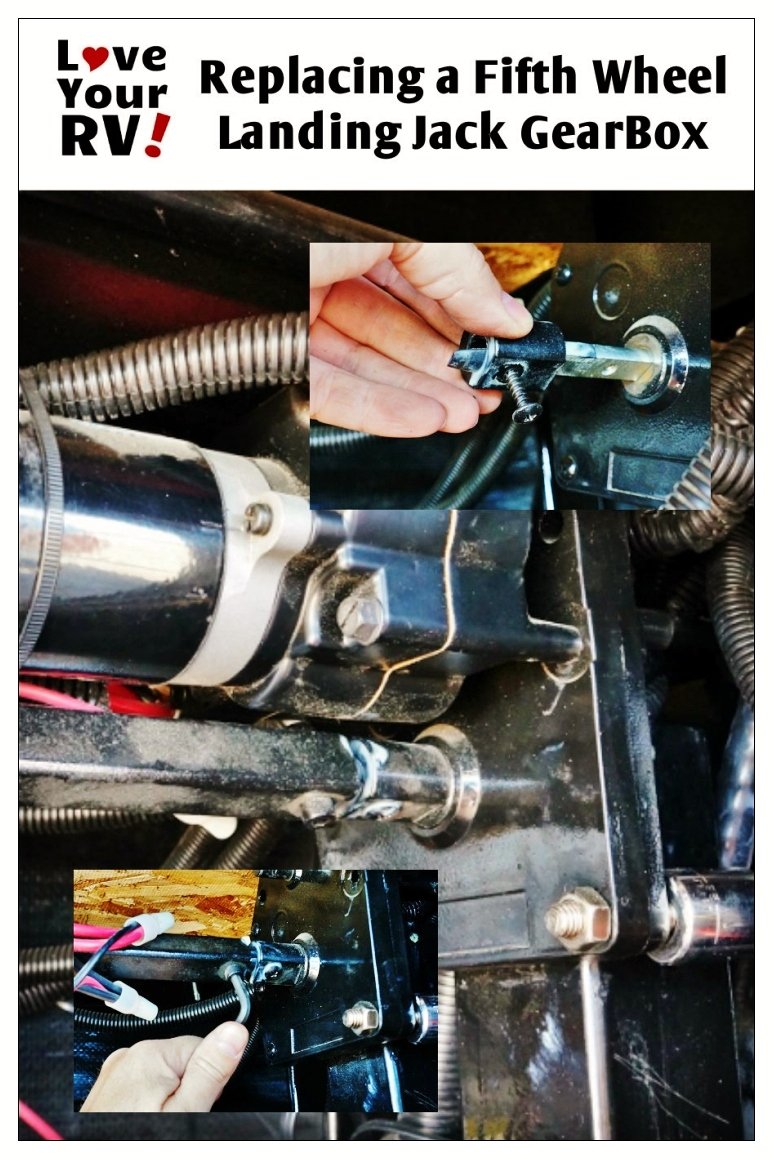