In this video, I replace a defective OEM bathroom roof vent fan with a Heng’s Vortex fan. The Vortex fan is quite a bit larger with a more powerful motor and should move a lot more air.

The main purpose of the fan is to evacuate bathroom odors or moisture after a shower. Since that’s the only usages I didn’t want to spend the extra money on a higher-end Fantastic or Maxx Air roof vent fan.

The install was fairly straightforward involving removal of the old fan blades, motor, switch and screen and install of the new parts. There were 2 wires to connect + and – 12 Volts and a few screws.

Overall I’m satisfied with the upgrade. It moves a ton of air and will quickly get rid of bathroom odors. The downside is it’s quite loud and blocks out some of the natural roof vent light. I’m planning on adding my own variable speed knob as a mod in the near future for more control. Slowing the speed will quiet the fan.

Disclaimer: Working with electricity can be dangerous. I’m not a certified RV technician merely an RV owner. This post and video should not be taken as instructional. If you decide to do a similar type mod as depicted in the video, do the research and be aware of all the risks involved. I accept no liability, you have been warned. – Ray

In this video, I install a DC motor variable speed control for my new Heng’s Vortex bathroom fan. The fan was a little too loud and only had a single-speed which was full blast. 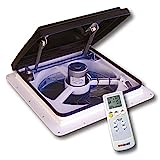 Several commentators on the video said they had improved things by installing the variable speed controller. I sourced one on Amazon and got to work. One snag though. The new motor controller arrived defective, and I had to fix it. A wire had come loose from its solder joint. Thankfully it was easy to resolve.

I installed the motor controller on the outside under the vent cover using Eternabond tape to protect things and keep them in place. The wiring was straightforward. I simply used butt connectors to spice inline with the existing power wiring.

First impressions are a thumbs up! I love having the full adjustment of fan speed. At lower speeds, the fan is much quieter.

In the video, I replace the cheap/flakey push-push power switch on my Vortex bathroom fan with a marine toggle switch.

Parts and Tools Seen in Videos:

See Many More Love Your RV! Mods and Upgrades 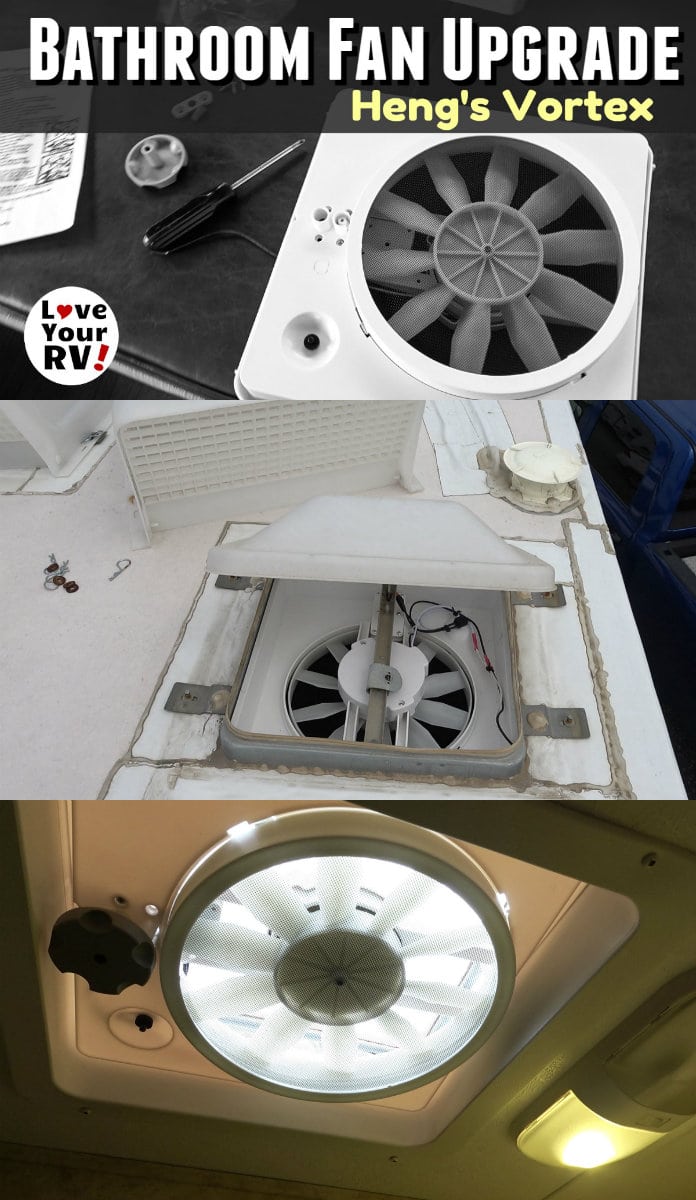