As I was completing my annual snowbird trip preparations to our Keystone Cougar fifth wheel, I was under the rig tidying up the coroplast plastic underbelly cover. Recently, I had repaired cracks in my waste tank and removed a clog in my black tank valve. So I was reattaching the underbelly section I had cut out for access and resealing seams with Gorilla tape.

At the other end of the rig, I noticed a bulge in the underbelly. It looked like a piece of coroplast was hanging down. I went to push it back in place, but something behind it felt solid. Part of my freshwater tank was loose and falling out!

I opened up the underbelly to inspect and figure out why. Right away I noticed that a support beam had come detached.  The two #14 TEK screws that held the tanks support beam had sheared off. Luckily it had fallen down onto the lower lip of the mainframe I-beam.

I was thankful to find the issue before things got worse. With the weight of a full tank bouncing, the whole tank could have fallen out onto the highway someday. The repair was easy as reattaching the beam with fresh screws. I also added a third screw to the beam on both ends which the factory neglected to do even though there was a hole in the beam end for it. 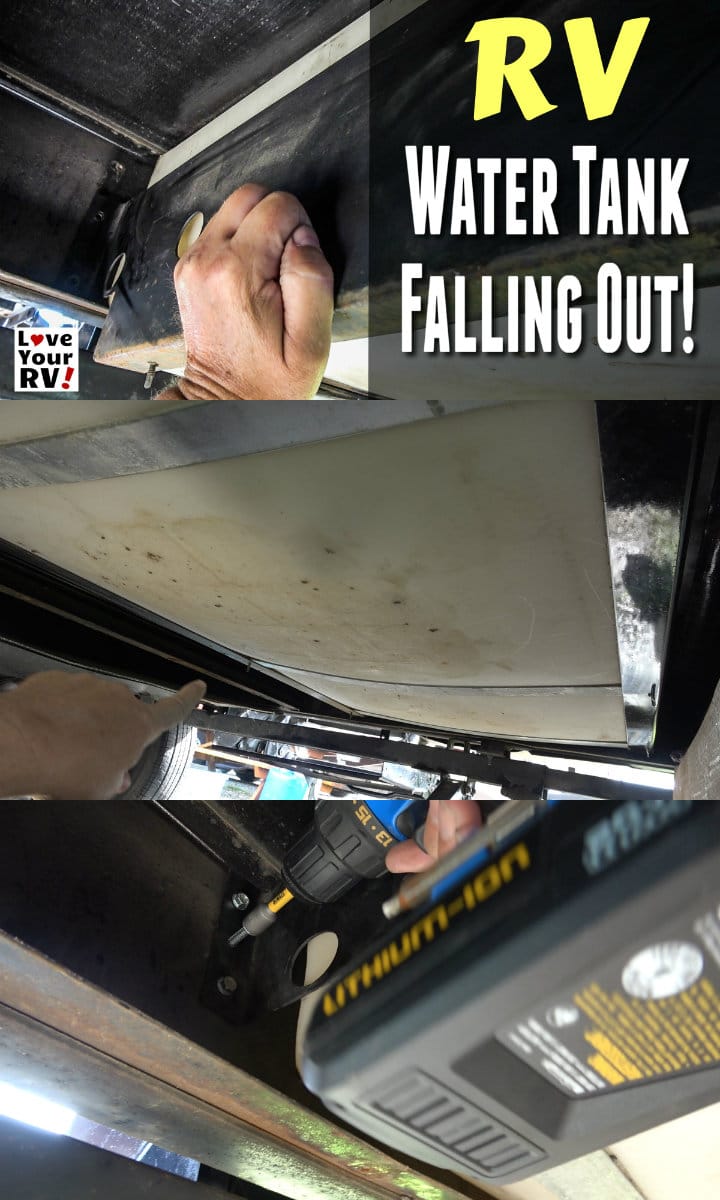