A warning light I’d never seen before suddenly began lighting up intermittently on our old 1994 Ford F350 diesel trucks dashboard. It simply displayed the words “Fuel Filter” in red letters. It only seemed to come on when we were pulling steeper grades with the trailer in tow. Since we were traveling along highway 101 from Eureka, California south up into the foothills of the northern coast range, it was coming on often.

As we drove, I remembered the fuel filter had a built-in water separator. If water is in the diesel fuel, it will be separated out and collect in a bowl below the filter. There is a valve I could open and drain off the water. So at our next stop, The Peg House roadside eatery, while Anne was acquiring us some of their yummy sandwiches for the road, I popped the hood and opened the drain valve.

To my surprise, only a few drips and drabs came out. I later found out there is another dummy light on the dash the says “Water in Fuel” so I was wrong in my theory. That became extremely evident when Anne returned with the sandwiches. I started the truck we affectionally refer to as Big Blue, and his large 7.3 Litre V8 engine began to stumble. Oh crap! What did I do? Did I forget to close off the water drain valve?

I opened up the hood again and checked the valve; it was tight. I checked all the other plugs and connections around the fuel filter, all looked good. I tried it again, and the engine roared to life and idled fine. Hmmm, weird.

After a few minutes of idling, I pulled out onto the highway and hit the throttle. We made it about 100 yards when the RPM quickly dropped, and the engine died. Luckily I had gained some momentum, enough to get the rig safely off the highway and onto a wide shoulder area. I quickly deployed our emergency reflective triangles. That’s where we would spend the next 28 hours. 🙁

Our RV is Stranded, Now What?

For the first time in 6 1/2 years and over 60,000 miles of fulltime RV towing, we found ourselves stranded on the side of the road. I was kind of in shock. What to do now? I fiddled some more under the hood, but soon realized it was beyond my repair capabilities, especially on the side of a highway. We’d have to call for a tow or have a mobile auto mechanic come to us.

Checking Google maps indicated an auto shop about 4-5 miles down the road. Rather than call in the tow trucks with our roadside assistance plan I decided we should see if they could send a guy over and give us a diagnosis. Maybe it was something simple, and we could be on our way. Unfortunately, it was Sunday afternoon, and the shop was closed. No problem we could overnight where we were and call in the morning.

Communications was a big issue with where we had broken down; our cell phone didn’t work, we were in a valley, sort of a dead zone. Luckily we were in front of the Standish-Hickey state park, though. When it opened at 9 AM the next morning, we used the ranger office landline and called the nearby auto shop. After wasting some time talking back and forth with them, we were told with the truck being diesel they couldn’t help us. Arrgh!

Our nerves were getting a little frayed at this point after spending a somewhat sleepless night 6 feet from highway traffic, and it was now POURING rain. At 10:30 AM Anne returned to the state park’s office and called the AAA roadside assistance line. We have BCAA Plus with optional extended coverage to cover both the truck and trailer being towed up to 160 kilometers (100 miles). They got a hold of a towing company 50 miles away out of Willits, CA called Willits Tire Center, estimated arrival time 2-3 hours. 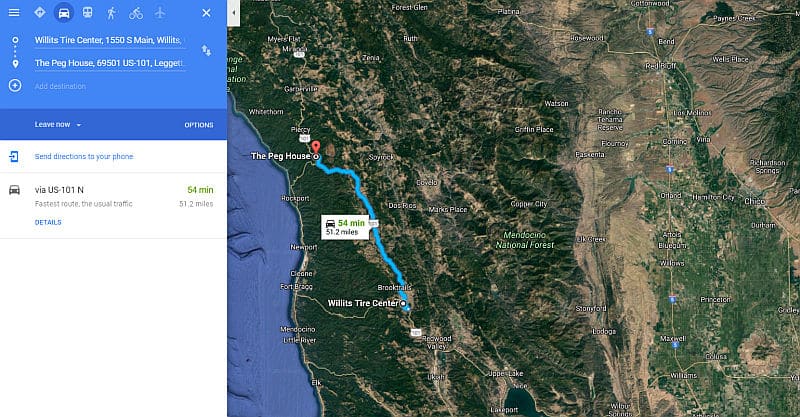 So, we waited and watched the rain continue to pour down heavily. No wonder the Redwood trees grow so big. One positive side of being stranded where we were was the proximity to The Peg House. Their food is terrific! We dined on homemade chili for supper and sampled the barbecued burgers for lunch the next day. Thumbs up.

4 1/2 hours later, no signs of tow trucks. 🙁 and the state park office was closed. I tried our cell phone once again, this time holding it right against our weBoost cell signal amplifier indoor antenna. It worked and we could get a few bars. Anne called AAA back, and they attempted to see what the hold-up was. But before they could find out in rolled the calvary, yay! Two trucks ready to tow!

One was a heavy duty tow truck to handle Big Blue, and the other was a new Ford F350 dually with a fifth wheel hitch in the bed for our Cougar fiver. I felt sorry for the guys as the rain hadn’t let up and it was now getting dark. They took it in stride and quickly got both the truck and trailer hooked up. Our 1 ton dually pick up would go back to their shop for an estimate the next morning, and we and the fifth wheel would go to a nearby RV park, the Willits KOA. We are thankful they let Angie (our beagle) ride in the truck with us, saving her from I’m sure a harrowing journey inside the trailer.

A few hours later we were safely setup and drying out at the KOA. The next day the Willits Tire Center had Big Blue all fixed up. It turns out the problem was a failed mechanical fuel pump (aka lift pump). Total bill for the repair was only $250, what a relief. 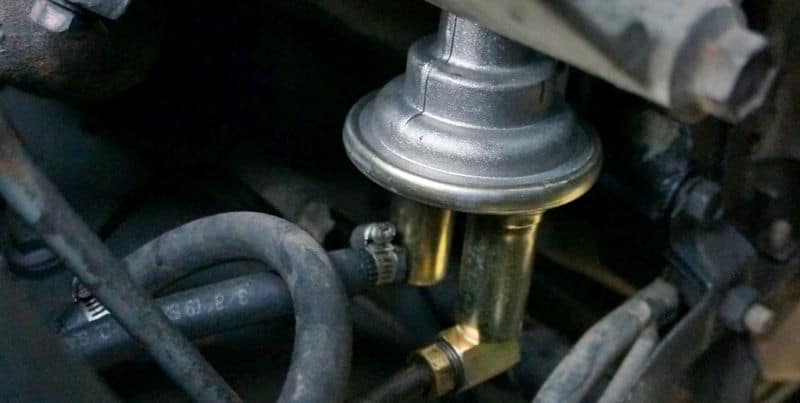 We extended our stay at the KOA an extra day and drove the truck around to be sure everything was OK. Yesterday we towed 120 miles pulling some decent grades, and Big Blue performed top notch. Good power, no trouble lights, and no leaks. We are back on track. 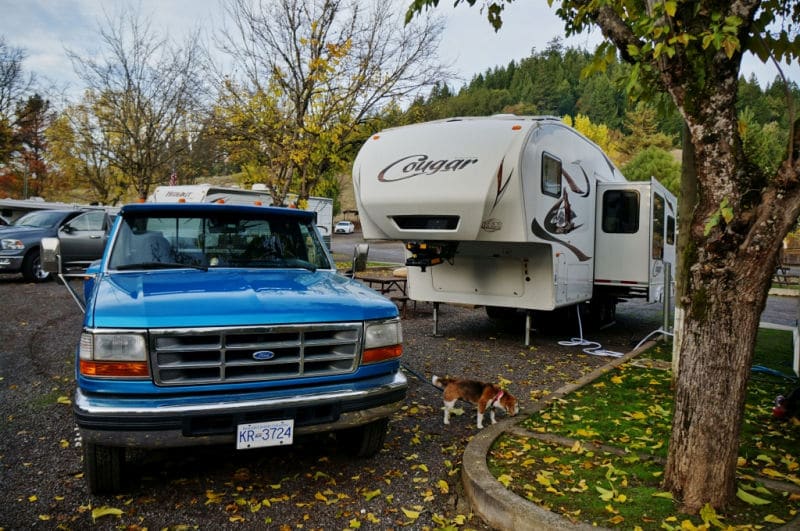 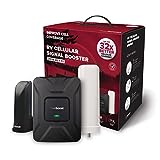 We are grateful to the folks at Willits Tire Center especially Roger and Reese for taking care of us and repairing our truck quickly. Also thumbs up to the California Highway Patrol who stopped by on three separate occasions to make sure we were alright and if they could offer any assistance. The officers were most pleasant.

The stranding experience wasn’t fun but will now provide fodder for RV campfire stories down the road. I’m sure in time we’ll look back and get some laughs out of the whole ordeal. 🙂 Another adventure in our full-time RV journey. 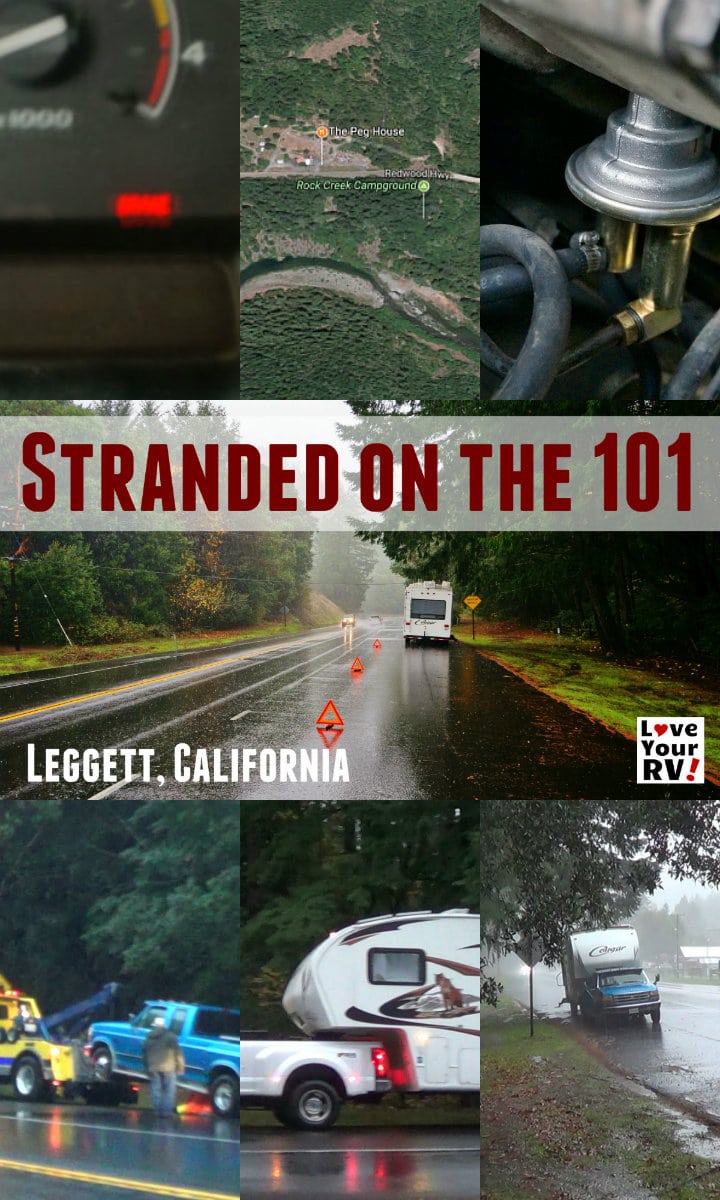