Spent 5 great days in New Orleans the week before official Mardi GRAS. We decided it would be difficult with the dogs to do the full Mardi GRAS thing and the campsites get much more pricey. But the party was still raging on Bourbon St anyway. Took in a few bands, some drinks and a few good cigars while walking around with our eyes wide open, such a crazy scene. Also stopped at one of the many takeout places and grabbed a “Po-Boy”‘ kinda like a sub sandwich and seafood Gumbo! 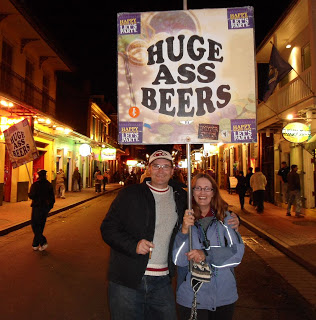 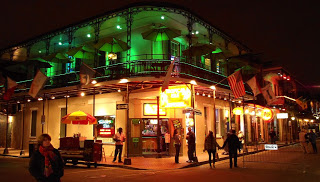 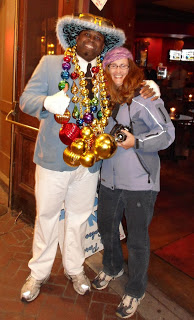 One night we headed over to Frenchmen street which is just out of the French Quarter where the locals go for good food and music without the craziness that is Bourbon St.  It was nice to have dinner at a little bistro with jazz playing in the back then stroll the run down but very colorful, funky neighborhood. 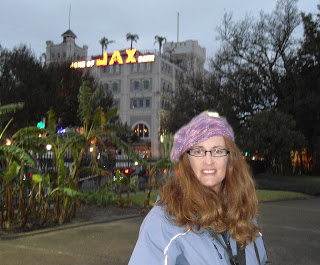 During the days we had fun riding the electric street cars from Uptown area which is stuffed full of mansion like Victorian houses down to the French Quarter area. Along the way we could see the preparations people were making getting ready for the big parades. 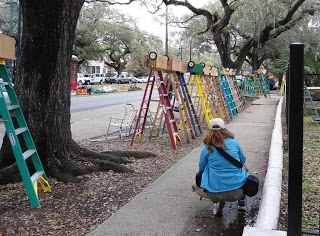 Anne noticed that the Cirque du Soliel tribute to Micheal Jackson show was on at the New Orleans arena so on a really rainy night we drove in and saw it. It was actually pretty cool and it was neat to see the Superdome next door all lite up for Mardi GRAS. But man the traffic and roads in New Orleans are brutal.

We had a blast in New Orleans now on to Texas.