First thing in the morning we hit the visitor center and grabbed some brochures and maps looking for the best things to do in Gros Morne NP. One thing that really peaked our interest was the boat tour of a land locked fresh water fjord called Western Brook pond.

It is surrounded by steep rock walls 600 m (2,000 ft) high. Having been carved from the surrounding plateau by glaciers. After the glaciers melted, the land rebounded and the fjord was cut off from the sea. Salty water was eventually flushed from the fjord leaving it fresh. –http://en.wikipedia.org/wiki/Western_Brook_Pond

Photos we had seen of the placed looked phenomenal so we booked the tour and headed out. The parking area is about 20 miles or so north of Rocky Harbor. Once parked you have a 2 mile hike out to the boat dock. It’s a very easy hike across a marshy plain. The day was sunny and warm making for a very pleasant walk; we took our time and stopped several times to admire the scenery. 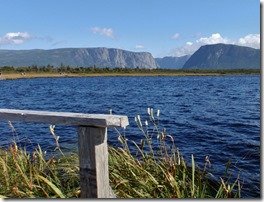 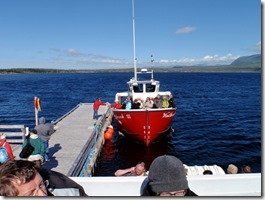 Once out at the boat docks our anticipation rose as you could see the view ahead of the fjord cutting its way into the mountain range. Two boats were loaded up with 30-40 people in each and we headed out. As we glided our way up into the Western Brook Pond the waterway narrowed and the cliffs appeared to rise up even higher. What a remarkable scene! It reminded me a lot of Yosemite Valley only flooded and you’re in a boat. Along the way there were many large and smaller water falls pouring off the cliff faces and evidence of massive rock slides. 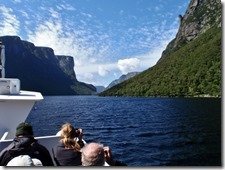 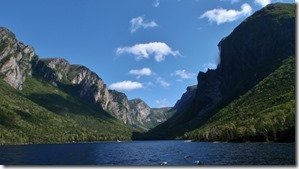 Our tour included a host who narrated over loud speakers explaining the sites and giving some of the facts and history of the place. He was a native Newfoundlander and had the neat accent to match. He had quite the sense of humor and the boat crowd broke out in laughter many times.

One highlight was a giant waterfall (1150 foot) pouring off the top off a near vertical cliff face called in typical Newfoundland fashion “Pissing Mare Falls”. 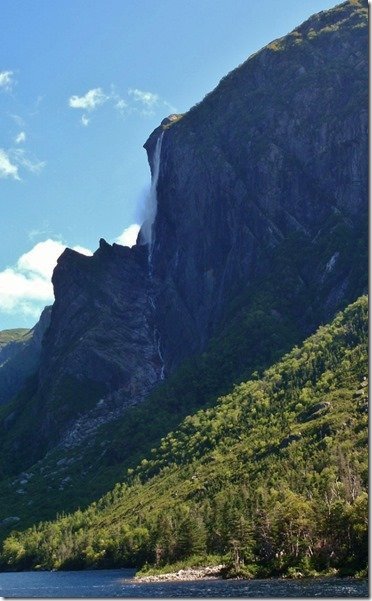 As we neared the end of the inlet we noticed a group of hikers eagerly awaiting our arrival. Seems they had been out camping in the back country and got lost. Luckily they made their way to this small dock and got a very grateful ride back to civilization. Gros Morne is a mecca for climbers and hikers but can be dangerous if you’re not careful. 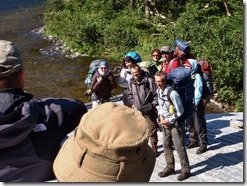 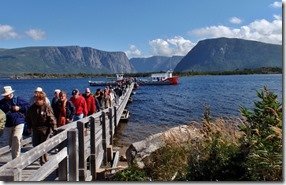 What a fantastic experience, if you get to Gros Morne don’t miss it! Once we hiked back to the truck and got back to Rocky Harbour we hit a local restaurant and wolfed down some yummy seafood to cap off the day.

Not available
View on Amazon