In this video, I take you along on another day trip to Chiricahua National Monument located 40 mins south of Willcox, Arizona. This time we had the rare treat to see it with a fresh blanket of snow. It’s been a cold winter in the southwest, and the other day we woke up to a few inches of snow on the rig. We were excited as we were only 40 minutes from Chiricahua National Monument. 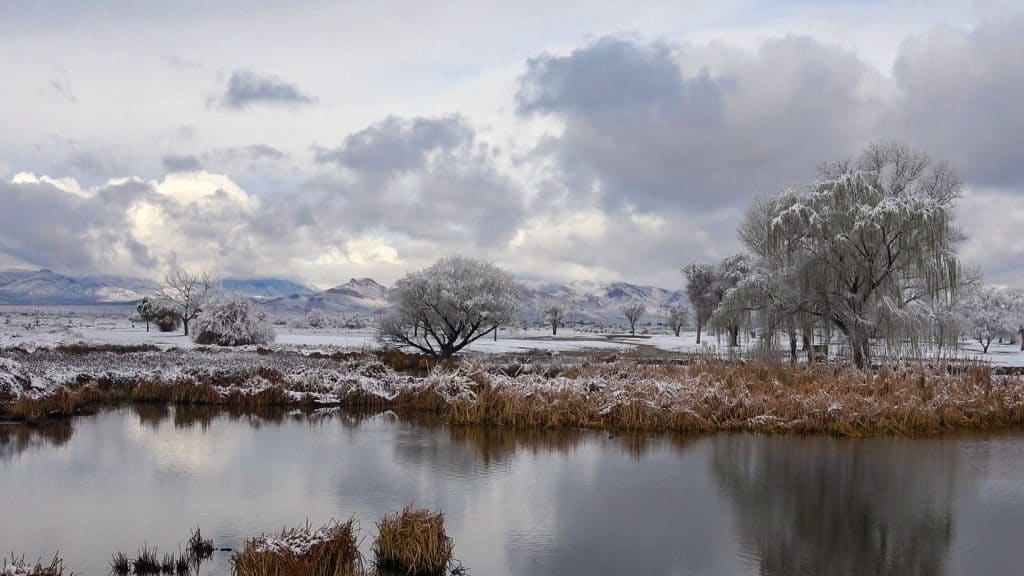 Anne has always dreamed of photographing the unusual rock formations of Chiricahua covered in snow, and now was the chance! Luckily the snow hadn’t stuck to the road surfaces making for a perfect scenario. Beautiful winter scenes but safe driving conditions. 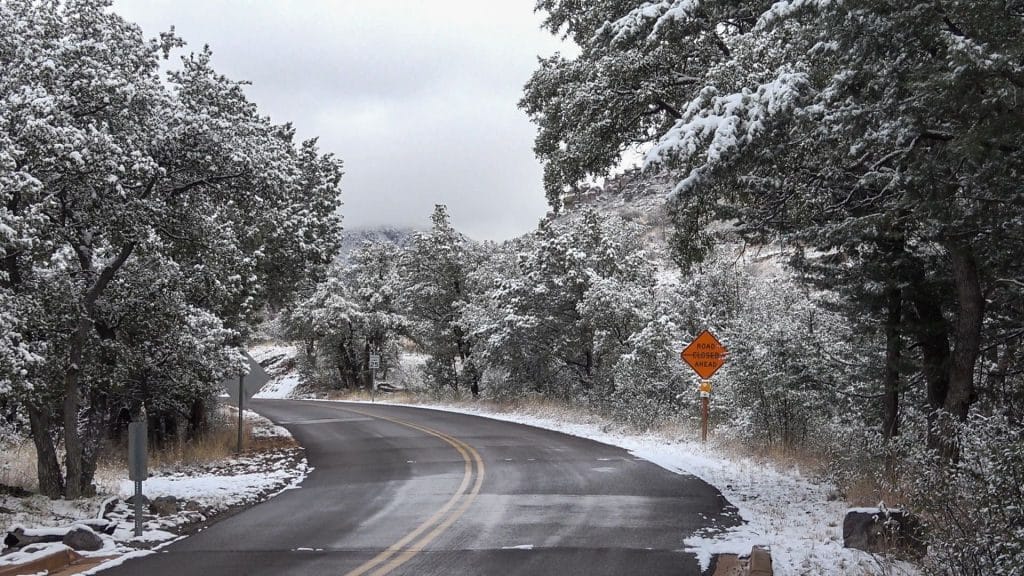 We headed straight to the national monument enjoying wintery views along the way. Once at the visitor center we learned the road up to Massai summit was closed but may open later in the day. With a summit altitude of over 6000 feet, I guess there was still a few icy roadways.

While waiting we hiked around the trails at lower elevations in the park. The scenery was gorgeous an absolute winter wonderland. Even the birds were out enjoying it. We spotted a couple Arizona Woodpeckers doing their thing and small gatherings of beautiful Mexican Jays. 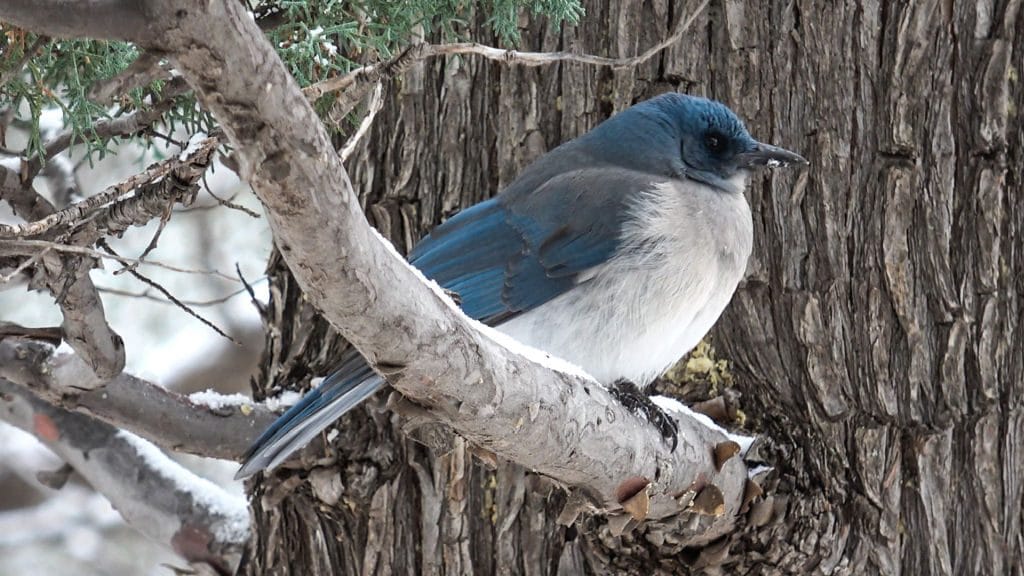 Next, we decided to kill some time while hoping for the summit road to open by driving an hour or so over to the Whitewater Draw State Wildlife Area and see if the Sand Hill cranes were there. Each winter 10’s of thousands of cranes roost in the region. Sure enough, they were there and in large numbers. 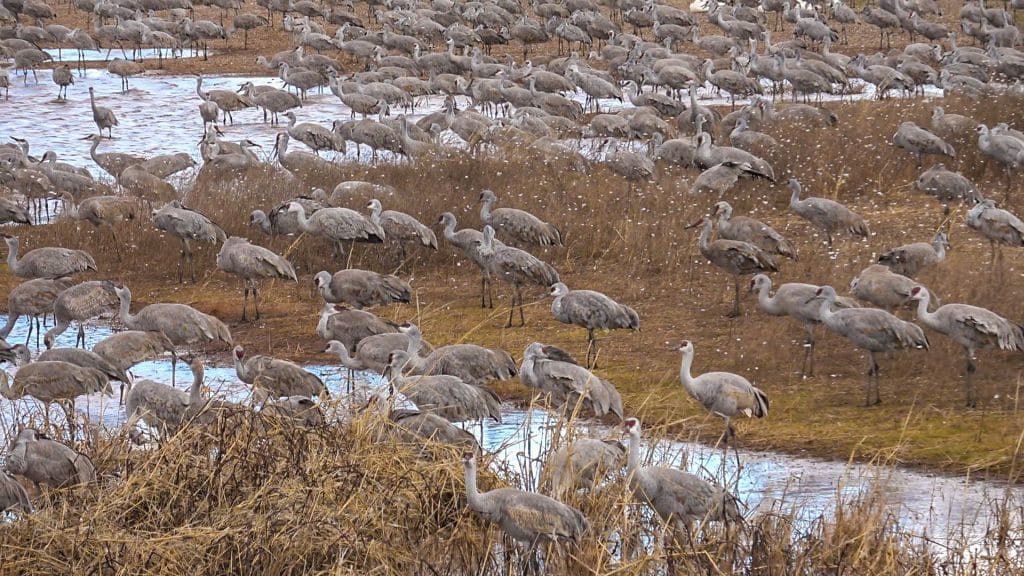 Thankfully when we returned to Chiricahua later in the afternoon the road to Massai Summit was open. Anne got to fulfill a bucket list photographic dream and shoot the Chiricahua Hoo-Doos in the snow. It was cold and windy on the summit but so worth it to see! 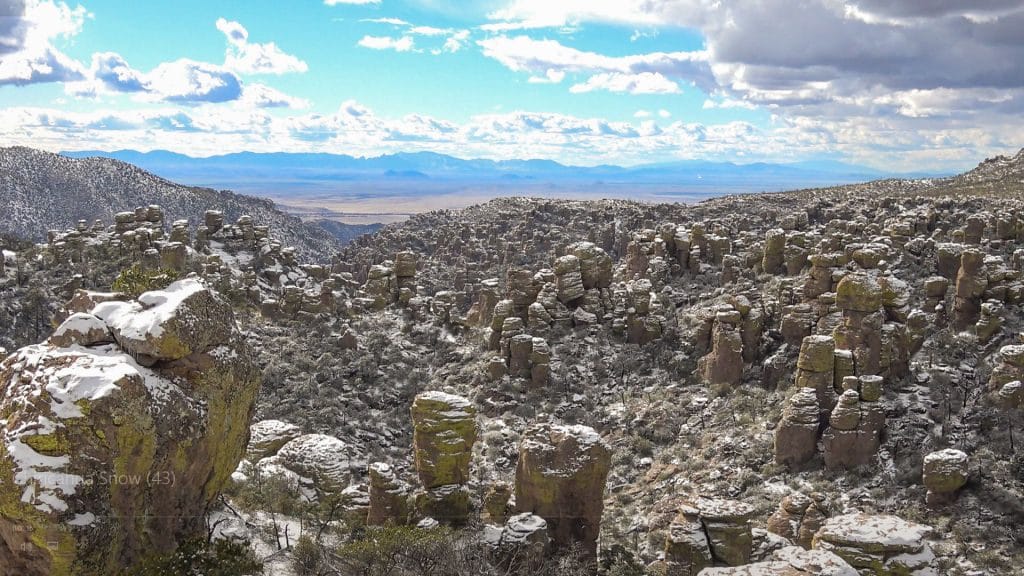 What a remarkable day we experienced in the eastern Arizona high desert. Home to expansive views of rolling ranchlands and towering mountain vistas. True big sky country. On this special day, as the winter storm pushed through, the skies were truly epic. We returned to the rig tired but invigorated by the day trip, one for the memory books. 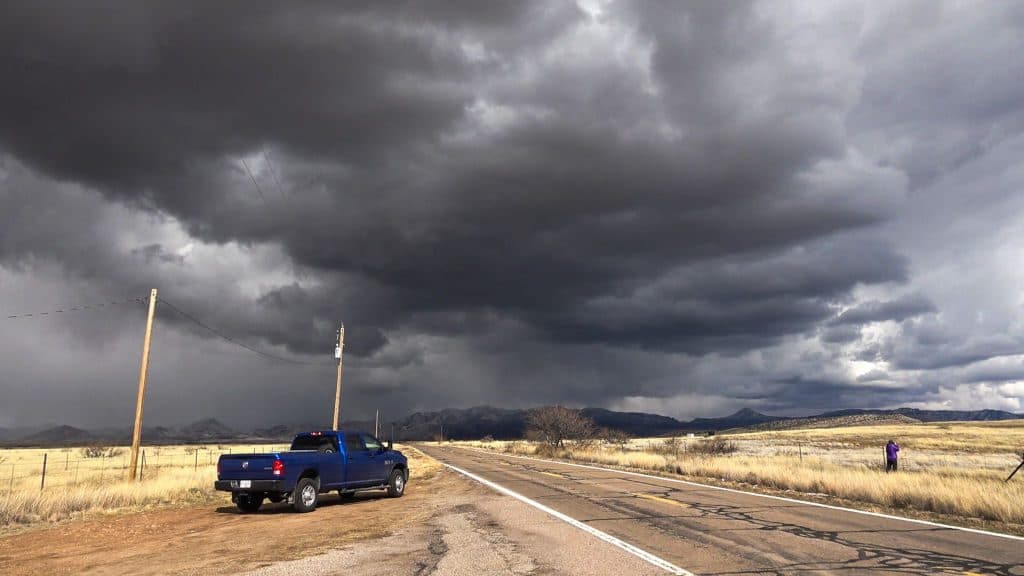 Camping and Birding at Whitewater Draw 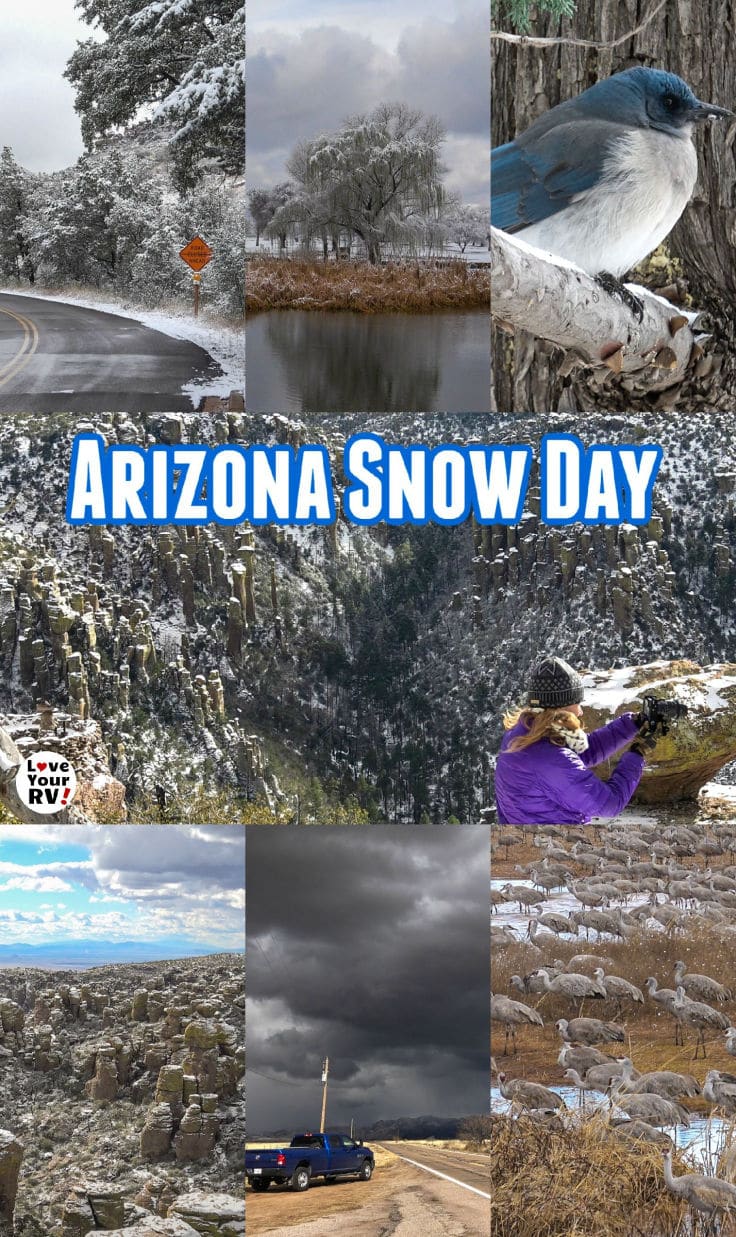