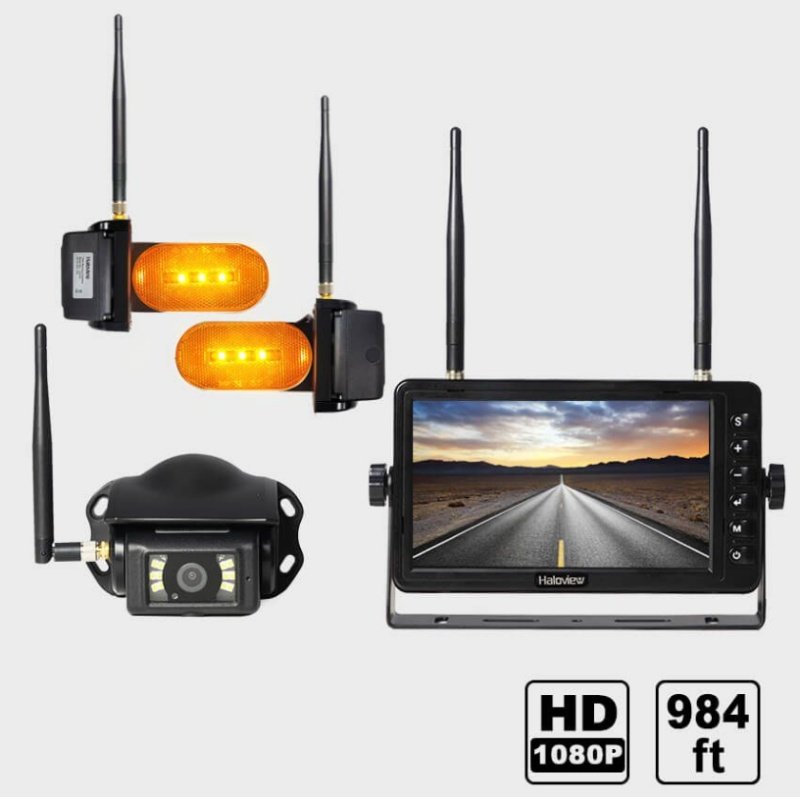 This first video shows you what is included in the BT Plus model and walks you through installing the system for my Keystone Cougar fifth-wheel trailer and Ram 3500 pickup truck. We finish it off with a quick demo. 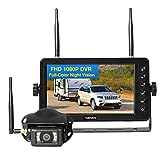 So far, I’m highly impressed with the improvements in picture quality and display brightness. Haloview has always been good, but this one is even a step above. It’s excellent in low light levels, and the powerful LED night lights will be terrific for late-night campsite arrivals.

Stay tuned for my second video. After I use this system for a few weeks of camping and travel, I’ll come back with real-world footage and a full review of this new system.

*Fair Disclosure* I received the Haloview BT7 Plus Kit as a free review sample.

After a couple of weeks and a couple of hundred test miles with the new Haloview Byte Tango BT7 Plus system, I’m back. The Haloview systems have always worked well for me, and I’ve been happy with the image quality. But this new system has ramped up the image resolution another notch, especially the recordings. Everything is cleaner and sharper. 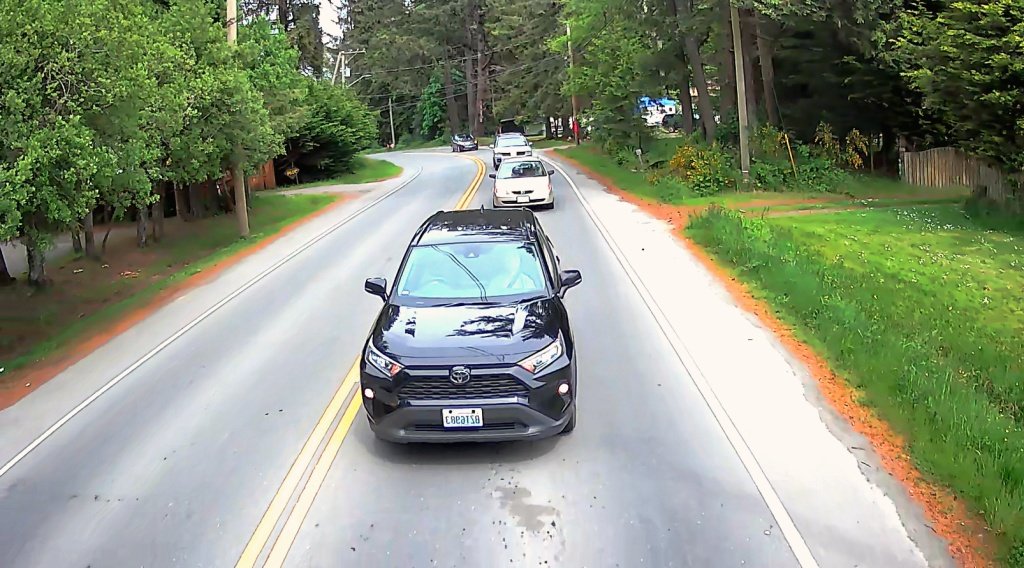 I didn’t get one blackout from interference during over 200 miles of towing on backroads, highways, cities, and rainy weather. With my previous wireless rearview system, I would get the odd few-second blackout usually caused by other nearby wireless signals.

The wireless lag has also improved. High-speed motion is smoother, and the video tracking of vehicles is more accurate compared to their actual locations. Picture color balance and exposure compensation are excellent. The IPS display is nice and bright, and viewable from off to the side. 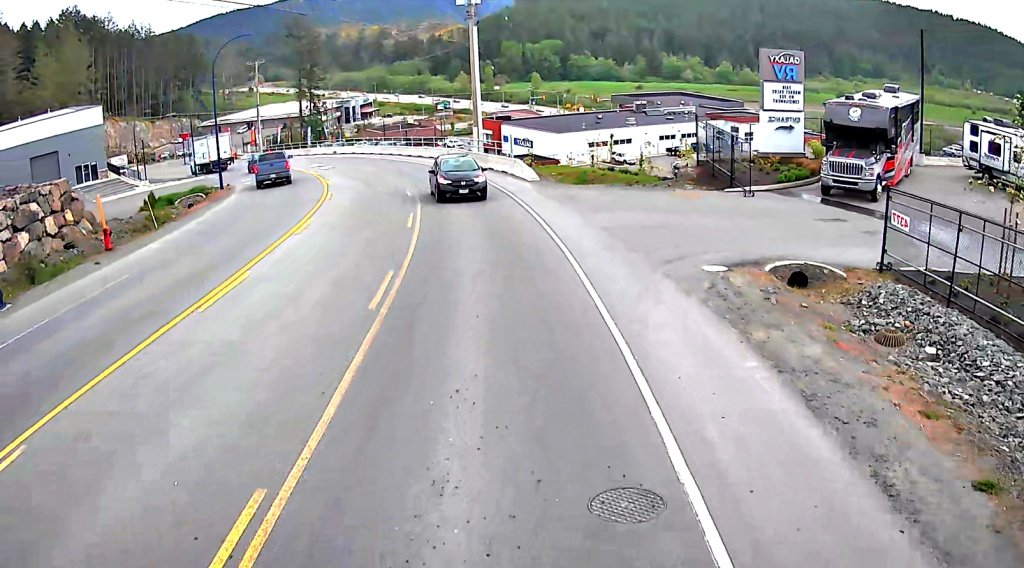 The Byte Tango’s integration with the Haloview SENS 3 blindspot radar worked as advertised. When a vehicle approached the rear of our fifth-wheel trailer, the display would auto switch to the side camera view, then switch back once the vehicle had cleared the front of our truck. If multiple vehicles passed by, it would hold the side view until they all cleared. Or if cars were passing on both sides, the display would split screen showing both side camera views. 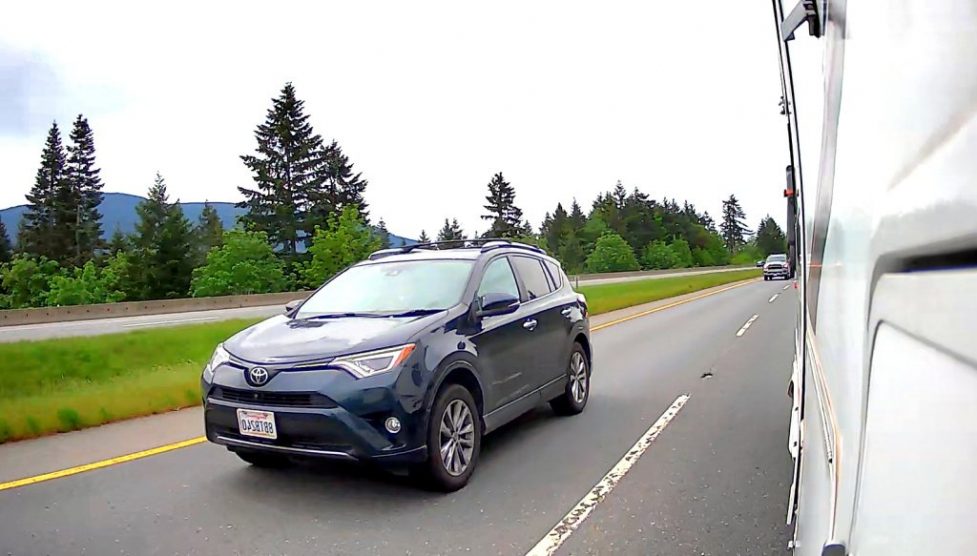 Only a Couple Dislikes

Not many negative things to say about the Byte Tango, but here are a few. The display antennas are relatively large and impede the view if the display is dash-mounted. If mounted on the rearview mirror, as I do, they stick up too far. I ended up installing a little elbow and extension wire to make it fit nicely.

When using the SENS 3 radar, I noticed a brief pause between switching the camera view. It wasn’t instantaneous. Also, it took an extra few seconds to switch back after the vehicles had passed us. I lose the critical rearview camera for longer than I’d like on heavily congested highways or during city driving. 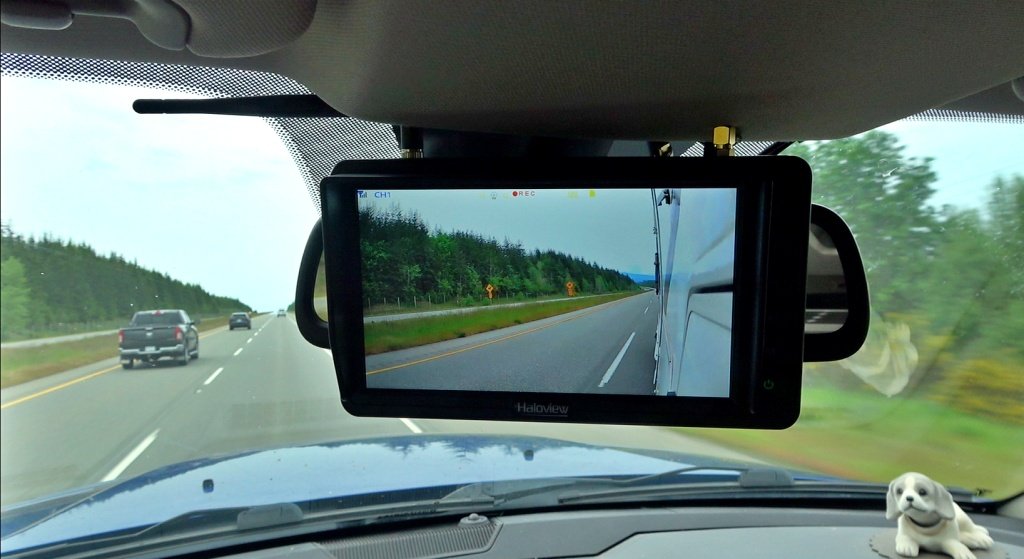 Overall I love the new Byte Tango BT7 system from Haloview. As I said, I was happy with the older models but glad to see that Haloview is continuing to redesign and improve its rear monitor cameras and displays. I look forward to using this as my primary RV rear view system. If any issues crop up, I’ll let you know. Cheers, Ray 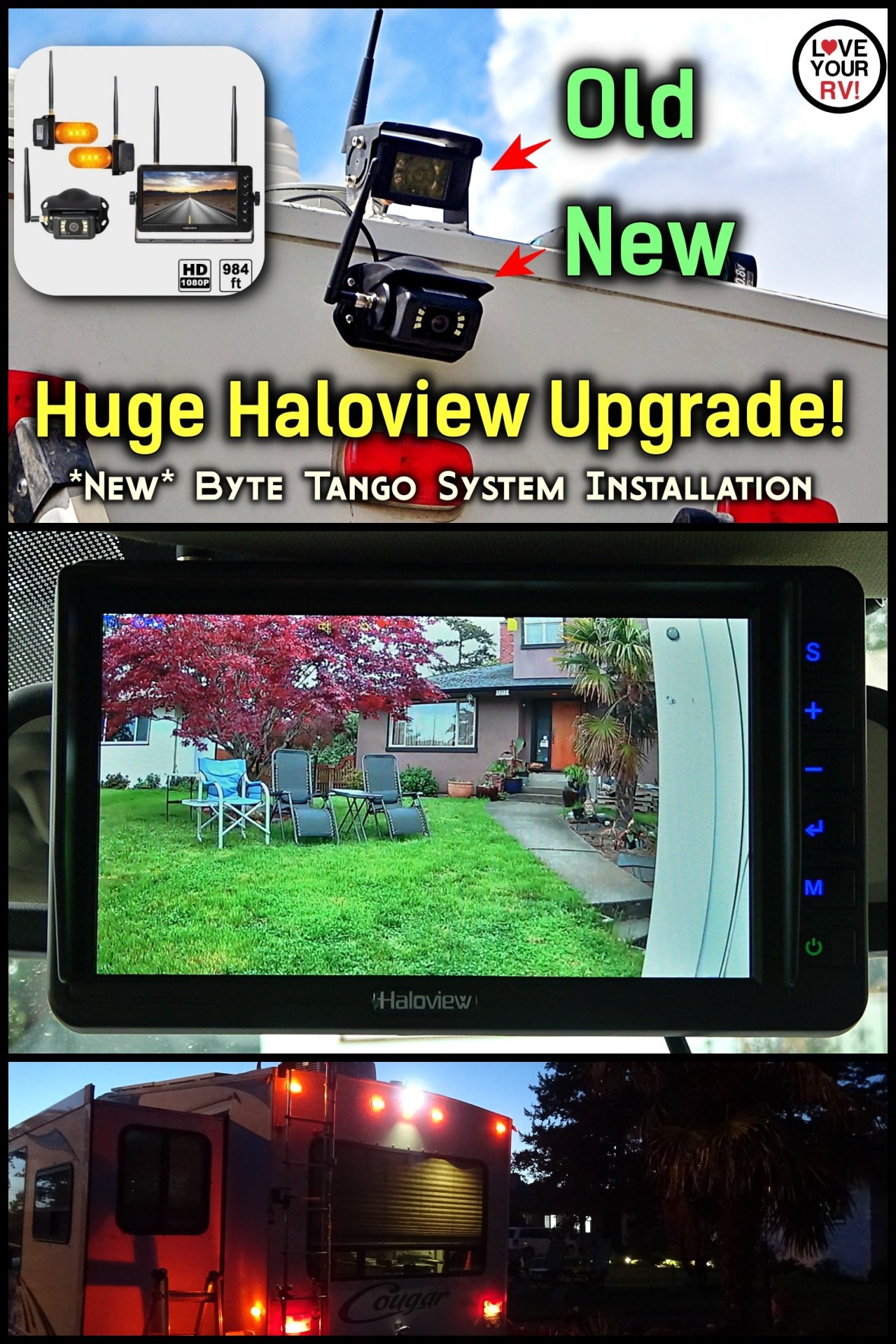