A few months ago I received a new wireless weather station for the RV. Our old one an Acurite works well but is quite basic. It reports inside and outside temperature and barometric pressure. I was ready for a step up when I saw a La Crosse wireless weather station with a wind speed monitor at Canadian Tire. It was on sale for 69.95 CAD ( about $56 USD). Being close to my birthday I hinted to Anne about it, and she got it for me. 🙂

The La Crosse model CA87092 has a 3 in 1 remote wireless sensor reporting wind speed, humidity, and temperature. The inside display unit features big characters and colored readout. You can check out its many other features, get specs and download the owners manual on the product page at the La Crosse Technology website. 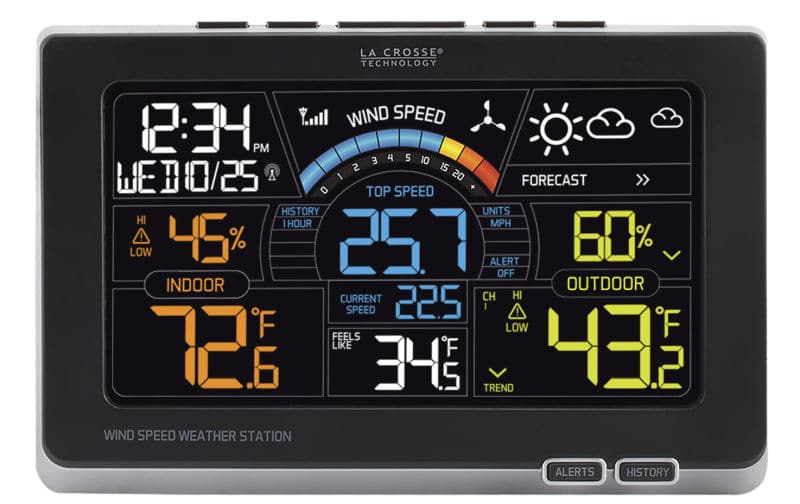 The Outside Wind, Temp and Humidity Sensor Unit

Because the new weather station reported wind speed, it had to be mounted in a suitable location. The roof was an obvious choice. The unit came with a plastic mounting bracket and four wood screws. The bracket gets mounted first then the wind speed sensor slides on, held in place by two set screws.

To avoid drilling any more holes in the RVs roof, I decided to screw the mounting bracket into an existing plastic junction box lid. The junction box is used to run wires inside the rig from my back up camera and my cell booster antenna. I drove the wood screws into the junction box lid and then covered it all up with a healthy dose of Dicor Self Leveling Lap Sealant.

The screws and sealant give the mount plenty of strength to hold the wind sensor in place. BUT, I don’t leave the sensor in place during transit. The sensor has a fair amount of weight to it. I’d hate to have it come off and cause damage or an accident on the road. I add and remove it at each campsite. It’s now included on our arrival and departure checklists.

The Inside Display Panel

The display can be wall mounted or sit on a table or shelf using a built-in kickstand. I elected to wall mount in next to our Furnace/AC thermostat using two screws in the wall paneling. I figured it was an excellent location for measuring the ambient inside temperature. Also, it’s easily viewable while getting ready for the day in the bathroom/bedroom area. 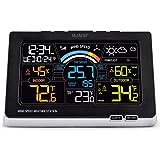 One problem I face is the power supply. The La Crosse unit runs off of a 5 VAC wall wart. We off grid camp a lot so having to have the inverter running just to power a weather display is a bit of a pain and wasteful. I have decided for the time being to use the 3 AAA backup power batteries to run it.  Seems to work fine that way, though the backlight goes out in seconds. 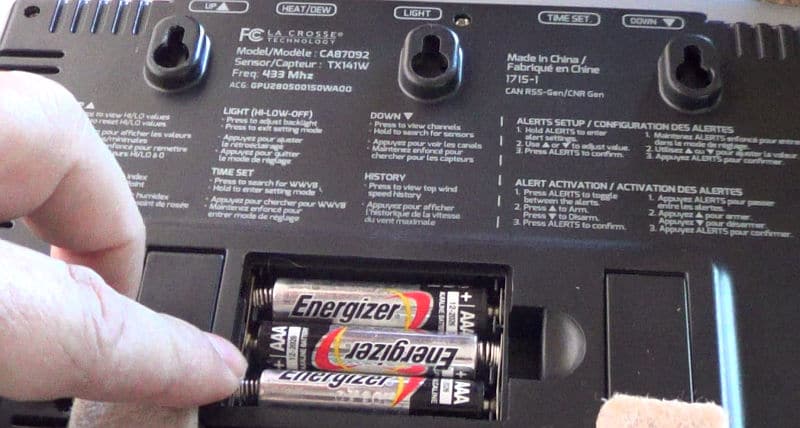 My future plan is to install a 12V to 5V DC to DC converter so the display can be powered off the rigs 12VDC battery bank. The outside sensor uses two C size batteries. Battery life has been pretty good so far. I’ve changed them twice in 4 months of use.

UPDATE – I install what’s called a buck converter to power my weather station. Check out the post and video.

This La Crosse weather station is packed with features and fair value for the money I paid, however, there are a few things I don’t like.

I think the La Crosse weather station has been a decent enough introductory system for me. I have enjoyed having it on the rig, but I hunger for something a little more sophisticated now. If you have any recommendations on a system that doesn’t break the bank, say in the $100 range, let me know in the comments for this video on the Love Your RV! YouTube channel. Cheers! Ray

In this video, I completely disassemble my La Crosse TX144W weather station external sensor array. Over the last couple of years, the wind speed anemometer vane has become increasingly noisy.We started to hear rattling and squeaking inside the rig. Once apart the problem became apparent. Desert sand and grit had worked its way inside and was affecting the performance of a pair of steel bearings.

A good cleaning and lube of the bearings and bearing surfaces solved the issue. Being curious I also opened up the casing containing the individual sensors for wind speed, temperature, and humidity plus the controller and wireless circuit board. 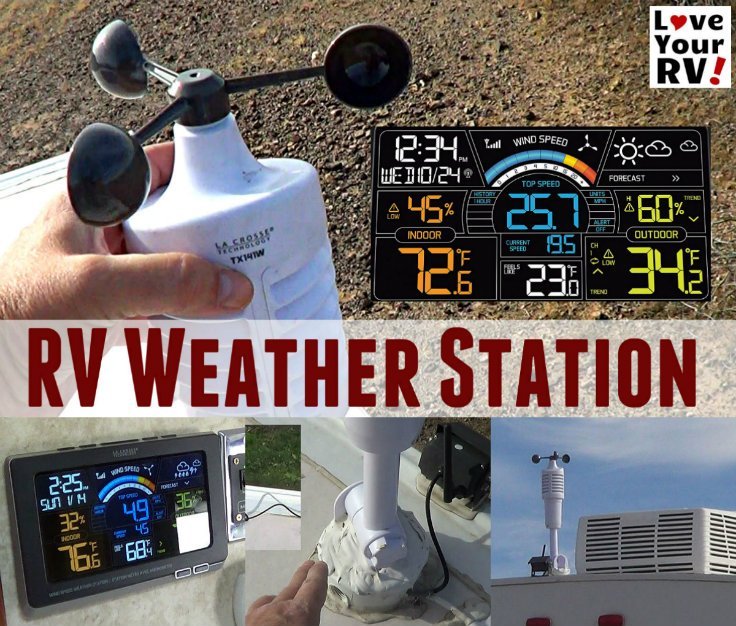